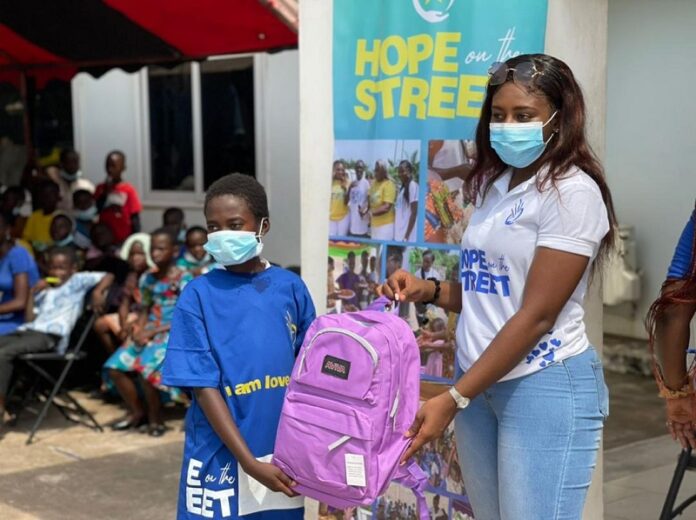 The Manager of Non Governmental Organization, Hope on the Street, Helena Hermans Asmah has pleaded with the Ministry of Gender, Children and Social Protection to help address challenges facing vulnerable children in the country.

Miss Hermans Asmah made the call in an interview with EIB Network Central Regional Correspondent Yaw Boagyan after organizing a get together and donation to over six hundred children in the Komenda-Edena- Eguafo-Abrem (KEEA) Municipality in the Central Region.

The Chairman for the day’s event, Victoria Dansoa Abankwa, who doubles as the KEEA Municipal Director of Agriculture, thanked the organizer of the event for showing love to that multitude of children in the Municipality. 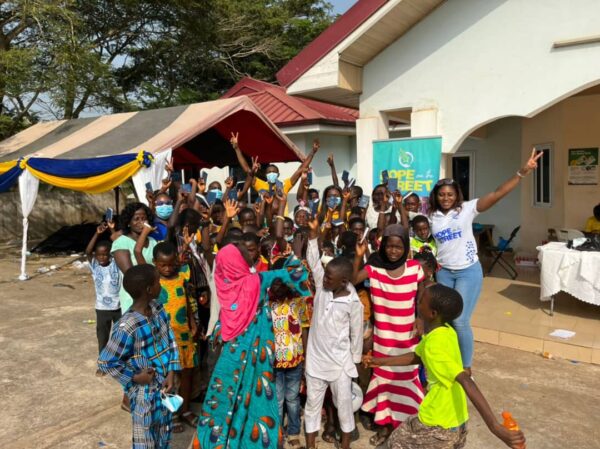 She noted with regret that financial constraints and other factors have to a greater extent denied children the expected affection from their parents and the state.

Miss Victoria Dansoa Abankwa used the occasion to advise the children to pray for the brain behind the day’s event, Helena Hermans Asmah, for putting smiles on their faces and to also desist from deeds that will negatively affect them in the future. 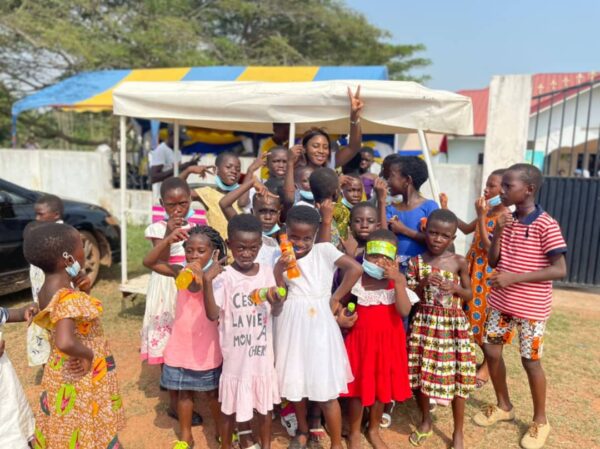 She asked them to be obedient to their parents and to take their academic works seriously so as not to grow into useless elements in the society like pick pockets, armed robbers, prostitutes and the like.

The Manager of the NGO, Hope for the Street, Helena Hermans Asmah, disclosed that she had since her infancy had the desire of helping the needy and to also put smiles on faces of children. 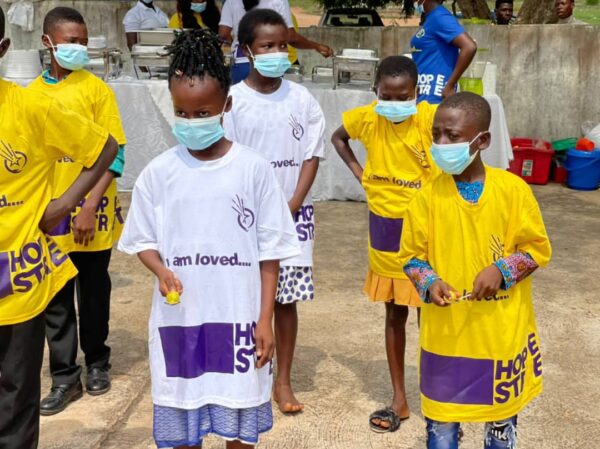 Hence the annual get-to-gether she has been organizing for the children in the Municipality over the last two years. She pleaded with all well to do citizens in the Municipality to team up with her in either cash or kind so as make such events more attractive than the earlier ones that she had organized.

Miss Helena Hermans Asmah also pleaded with the Ministry of Gender Children and Social Protection to institute measures aimed at helping all needy children in the country so as to avoid the temptations of some of them becoming street children and hard criminals. 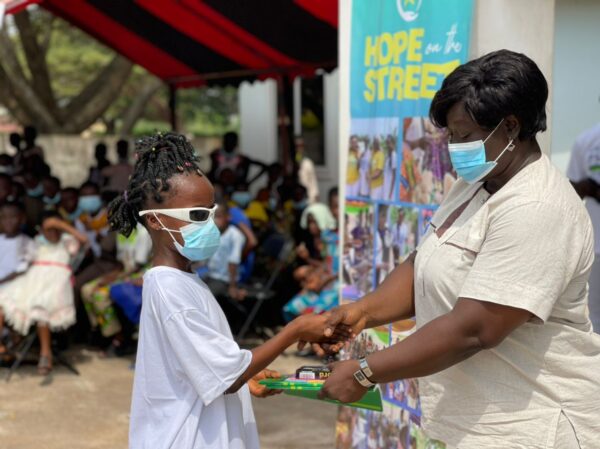 The biological parents of the benefactor, Elder Joseph Hermans Asmah and Mrs Adelaide Sekyiwah Asmah were so grateful to their daughter for putting smiles on the faces of about 600 children in the Municipality.

The day’s event was characterized by dancing competition, merry- go-round and spoon and lime competitions.

Each of the children was given a Bible and educational materials as part of the event.

He said this will not end here but will continue to support the needy Children.