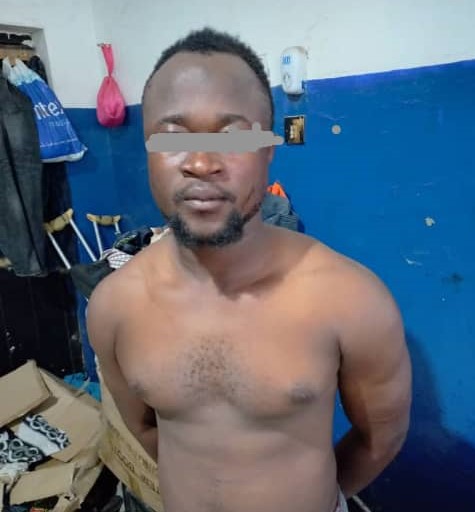 The Anti Armed Robbery and Surveillance Team in the Upper East Regional Police Command acting on intelligence have arrested suspect Abdulai Issaka Achalichaab on Saturday, January 8, 2022 at his hideout in the Sandema township.

Three(3) unregistered motor bikes a Honda, Yamaha Fin and Louja were retrieved from the suspect.

The suspect have jumped bail in a robbery case at Bolgatanga Court since 2020.

He has been on Police wanted list on suspicion of committing series of robberies in Sandema and Fumbisi environs and is also alleged to be the one who shot and severely harmed one of his victims (name witheld) in a reported robbery which occurred on 24th July, 2021 at Kadema.

Process are underway to put the suspect before court.

The Public especially residents of Upper East Region who have been his victims in any of his robbery attacks are entreated to call at the Sandema District Police Command or the Upper East Regional Police Headquarters to identify
The suspect and the motorbikes for further investigations.

The Regional Police Command assure of maximum security in the Upper East Region.