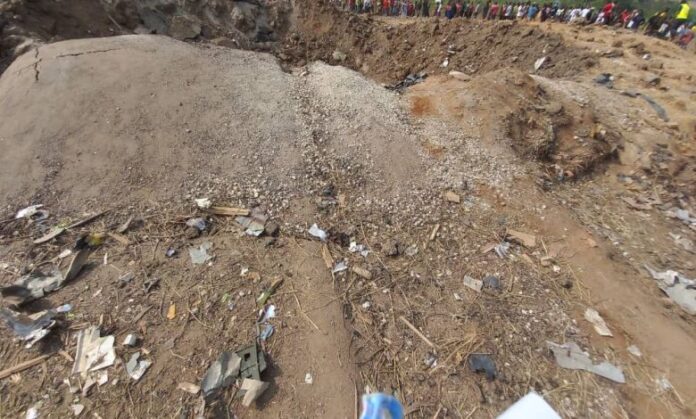 National Chairman hopeful of the governing New Patriotic Party(NPP) Stephen Ntim has commiserated with the victims of the Apiati explosion near Bogoso the Western Region, Thursday afternoon.

According to Police report, a mining vehicle loaded with explosives was moving from Tarkwa and headed towards Chirano mines when it collided with a motorcycle resulting in the explosion.

Seventeen people have lost their lives and many more severely injured, while buildings in the area have either been razed to the ground or weakened by the blast.

Taking to his Facebook page, the former National First Vice Chairman of the NPP expressed condolences to the families who have lost their loved ones and wished the injured speedy recovery.

” I am saddened by the news of an explosion in Apiate near Bogoso which has claimed many lives and has caused injuries to many. My heartfelt condolences to the families who have lost their loved ones. I also wish the injured a speedy recovery.

May the souls of the departed rest in perfect peace.”

Meanwhile, government has initiated a process to build some facilities for persons who have been displaced in Thursday’s explosion at Bogoso-Apiate in the Western Region.

A total of 77 persons have so far been affected by the explosion out of which 18 have been confirmed dead and 42 out of the 59 injured are in critical condition.

Speaking after touring the community, Vice-President Dr. Mahamudu Bawumia described the incident as a sad day for the country, adding that the government is working tirelessly to ensure the victims receive the best medical care.