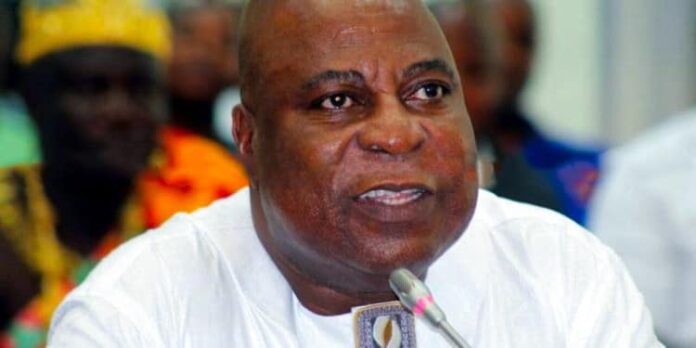 In a statement Mr Ntim, extended his heartfelt condolences to the late former Minister’s family and the entire NPP fraternity especially the party members in Tema East and Greater Accra Region over his death.

He described late Hon. Ashitey as an affable, hardworking and devoted member of the party who would be forever missed.

“May the Almighty Lord grant him eternal rest in the bosom of our Lord. It is my fervent prayer that the Almighty God will strengthen the immediate family in these difficult times,” the statement added.

Hon. Ishmael Ashitey was reported dead on Friday, January 7, 2022 at the Maritime Hospital in Tema.

The cause of his death is not immediately know, but according to family sources he did not show signs of ailments.

He was married and had 4 children.