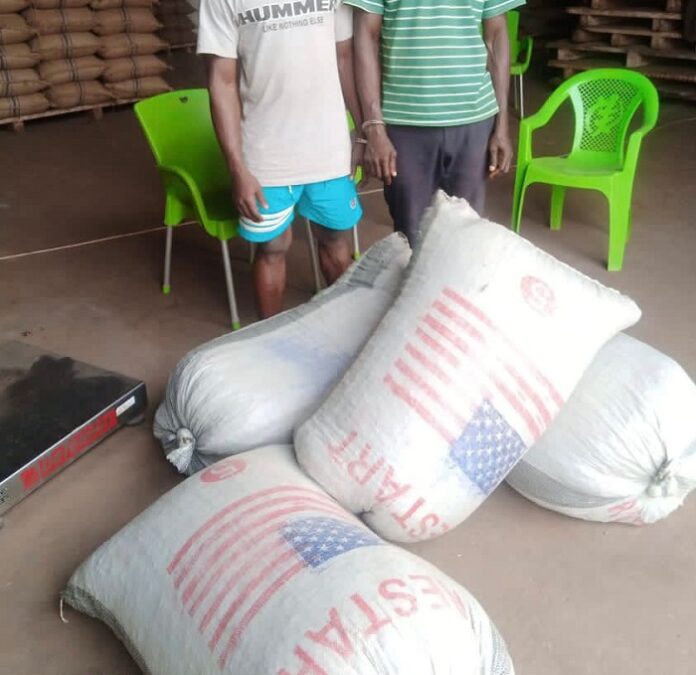 Operation Enhance Calm Life made up of officers and men from the Police, Immigration, and Military have arrested two suspects Isaac Mensah age 29, and Somevi William age 30 at Wli in the Volta Region for attempting to smuggle Cocoa beans into the Republic of Togo.

Though some managed to escape through the Bushes, the two suspects were arrested on Thursday, January 6, 2022, close to the Ghana – Togo border as they attempted to smuggle four sacks of cocoa beans.

Suspects are currently in police custody assisting investigation and they will be arraigned soon.