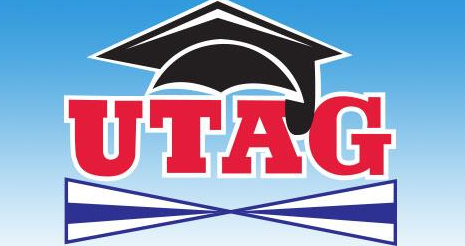 The University Teachers Association of Ghana (UTAG), has resolved to continue its ongoing strike.

Following the ruling by the National Labour Commission (NLC) on 13th January, 2022 against UTAG members in respect of the processes leading to the partial withdrawal of one (1) of three (3) core mandates, teaching and related activities, as illegal, the National Executive Council (NEC) of UTAG informed the general membership of UTAG about the directive of the NLC.

Consequently, the fifteen (15) member branches held independent emergency meetings to that effect, and the general membership expressed their dissatisfaction with the directive and were of contrary view.

The association in a statement said “the members have unanimously resolved to continue with the withdrawal of teaching and related services until further notice. By this cover note, all members are entreated to remain calm”.

UTAG members on all campuses are on strike to force the government to restore the conditions of service agreed upon in 2012.

UTAG has complained that the current arrangement has reduced its members’ basic premiums to $997.84.

Read the full statement below; 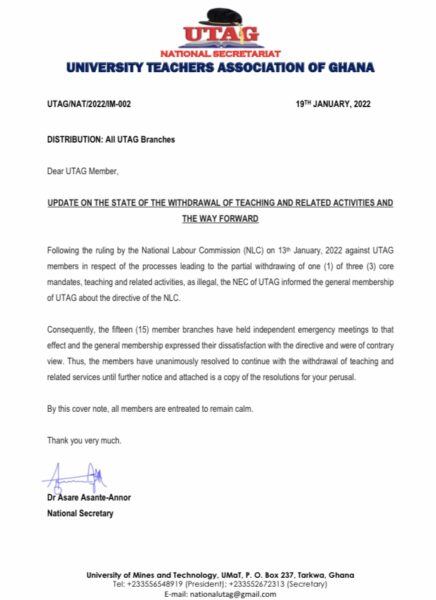