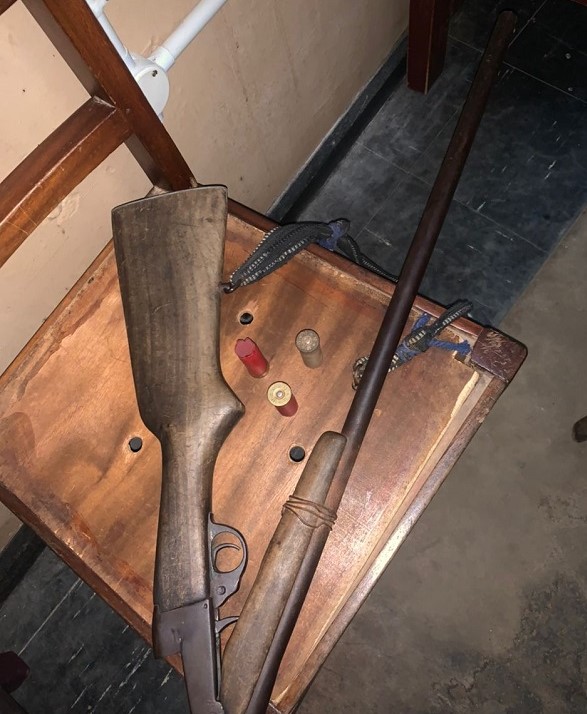 A 65-year-old ma, Wisdom Badasu is assisting the Ho District Police investigation into offences of possession of a firearm without lawful authority, cruelty to animal, and causing harm.

According to the Deputy Volta Regional Police PRO, Inspector Prince Dogbatse, on Wednesday January 19, 2022, some Fulani herdsmen went grazing with their cattle at Agbakorpe near Ho.

While grazing, they heard a gunshot and later detected that one of their cattle had been shot dead.

He furthered that a search for the assailant by the herdsmen in the bushes proved futile.

The herdsmen decided to look for the attacker and after some time, the suspect emerged with a locally manufactured gun.

The herdsmen confronted the suspect over the killing of the bull. The suspect took offence and in the process bit the thumb of one of the herdsmen.

The herdsmen managed and arrested the suspect who was immediately handed over to the Police.

One locally manufactured gun, two live AA ammunition, and one spent AA ammunition have been retrieved to assist investigation.