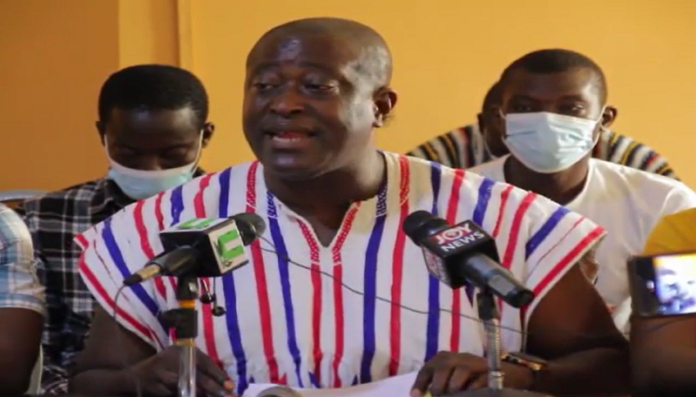 A group calling itself Concerned Members of the New Patriotic Party in all the 23 constituencies in Central Region has called on the leadership of the party to give fair grounds to all flagbearer aspirants who are ready to lead the party to 2024 elections.

The group accused the party’s national executives led by the National Chairman Freddy Blay of presiding over “animal farm type of selective justice.”

It cautioned that if the bias by the national executives is not immediately checked, it would negatively affect the part’s chances of winning the 2024 election.

The group noted that after the General Secretary of the party, John Boadu outlined rules and regulations to govern the conduct of aspirants who want to contest national position and any other positions of the party and their supporters, where sanctions were spelt out, it is sad that only Alan Kyeremanten supporters are being dealt with by the party leadership which is not good and must be condemned.

The leader of the group Hon. Samuel Adjeibi-Kesie former DCE of Twifo Hemang Lower Denkyira District, made this known at a press conference at Cape Coast.

He accused some top officials of the party which includes Deputy General Secretary Nana Obiri Boahen, Northern Regional Executives of the party, Chairman Wontumi, and some Northern MPs of campaigning for Dr. Bawumia but the party has turned a blind eye to that.

Hon. Samuel Adjeibi-Kesie said it has become clear that supporters of other aspirants who try to stand to protect their own are being rounded up by security personnel or subjected to intimidations by the national executives of the party.

He said, allowing the supporters of Dr. Bawumia to campaign for him will not help the party. He consequently called on President Akufo Addo, former President Kuffuor and among others to stand up and make their voice heard on this matter in order to save the party from going to opposition.