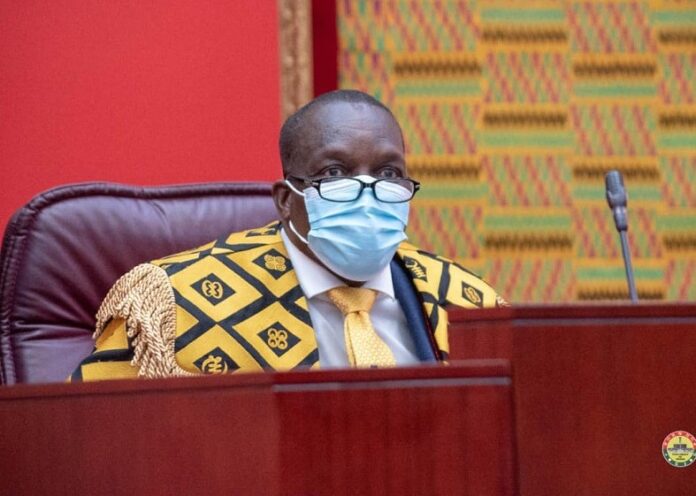 Speaker of Parliament Alban Bagbin has once again berated his deputy Joseph Osei-Owusu for what he terms penchant of the Bekwai MP for overturning his rulings.

The first deputy speaker Joseph Osei-Owusu on Tuesday, February 22, 2022, dismissed a private members’ motion for an inquiry into Covid-19 expenditure since 2020 standing in the name of Ajumako Enyan Essiam MP Cassiel Ato Forson.

When the motion was to be moved, deputy majority leader Alexander Afenyo-Markin raised an objection to the motion arguing the auditor general is the only body clothed with the powers to conduct audits.

Speaker Bagbin who was in the seat ruled the objection can only be raised after the motion had been tabled and yet to be seconded.

Bagbin then vacated his seat for his first deputy Joseph Osei-Owusu. The objection from the Effutu MP contrary to the ruling of Bagbin was taken after the Asawase MP Muntaka Mubarak had seconded the motion.

The first deputy speaker consequently granted the objection dismissing the motion. He argued the motion ought not to have been admitted by Bagbin in the first place.

Speaking during today’s sitting, Mr. Bagbin took on MPs for their conduct during proceedings.

According to him, the noise in the chamber is to blame for some members of the minority misleading the first deputy speaker to allow the motion to be seconded before the objection could be taken.

The speaker disclosed he already reprimanded his deputy over his conduct of overturning his decisions.

Bagbin announced he will meet his deputies to ensure the development never repeats itself.

He has therefore urged the minority to per the standing orders of parliament challenge the dismissal of the motion for the matter to be revisited if the sponsors of the motion so wish.

Minority leader Haruna Iddrisu has stated the dismissal of the motion by the first deputy speaker Joseph Osei-Owusu will be challenged accordingly.