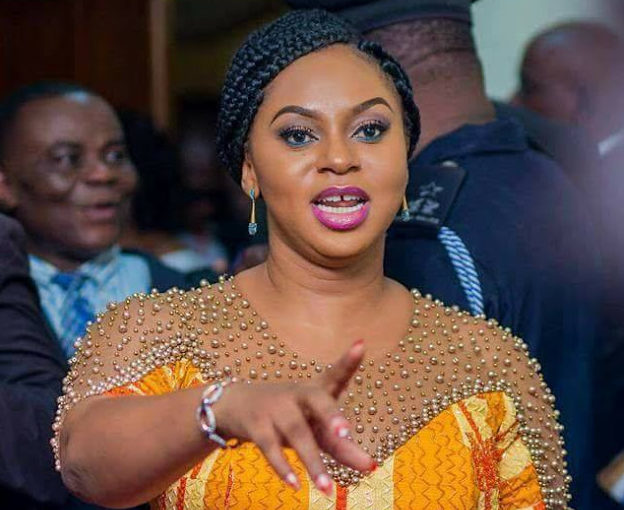 The Minister for Women, Gender and Social Protection, Sarah Adwoa Safo, is being accused of blackmailing government.

According to reports, the Dome-Kwabenya MP is using her seat as a bargaining chip to frustrate government business.

A livid New Juaben South MP, Michael Okyere Baafi, who made the allegation, said the leadership in Parliament is also evasive when it comes to her issues.

“All the problems government is facing are attributable to Adwoa Safo. Clearly, her intention and posture show that she wants to sabotage NPP,” he said in an interview on Kumasi-based Hello FM.

He revealed how they had to beg Miss Safo countless times to come to Parliament due to their limited numbers.

Knowing her critical role in getting government bills passed in Parliament, the New Juaben South MP said she has decided to use that to frustrate the government.

“She said she will not come to Parliament if she is not given the Deputy Majority Leader position,” he disclosed.

“All 136 NPP MPs are always in Parliament except for Adwoa Safo. One person cannot hold the party to ransom,” he fumed.

He urged Ms Safo to relinquish her seat if she is no more interested in serving her nation.