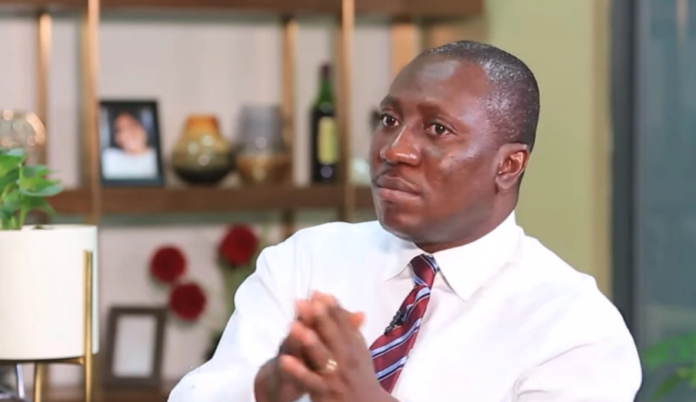 Alexander Kwamena Afenyo-Markin, the Deputy Majority Leader has denied ever saying that passing the controversial E-Levy puts the government in a better position to evacuate Ghanaians in war-hit Ukraine.

The Effutu MP is being reported by a section of the media to have urged the Minority in Parliament to support the passage of the controversial levy to raise more revenue for exercises of such nature.

“I’ve never said that we need E-Levy to enable us to bring down Ghanaian students from Ukraine,” Afenyo-Markin said on The Asaase Breakfast Show on Friday (25 February).

“I just want to make it clear, those on social media, those who are following that news, I Kwamena Afenyo-Markin, I am careful with things I say in the public space. If I am not sure, I will not say them. If I am saying it too, I am sure I will defend what I am saying based on facts.

“I will never say that E-Levy is necessary or that we should bring in E-Levy so that we can get money to bring Ghanaians from Ukraine, but rather I had made a strong case for us to introduce the E-Levy, especially now that we have this crisis which will have effect on our economy, because obviously import will be affected, export will be affected. The world economy will not be the same and Ghana is not outside of the world economy,” Afenyo-Markin clarified in conversation with Kwaku Nhyira-Addo.