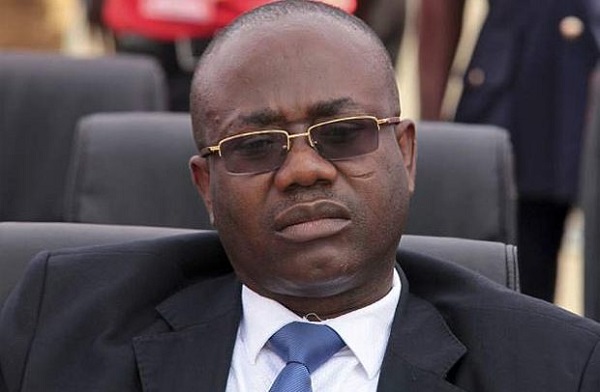 The widely held view by many football-loving fans that top officials of the Ghana Football Association, GFA, influence and in some cases impose players on Coaches of the Black Stars is said to be a normal phenomenon.

This is according to former President of the Ghana Football Association, Kwasi Nyantakyi who has admitted to having some level of control over player selection into the various national football teams during his time as President.

Such a revelation comes as a shock as the FA on many occasions have had to debunk such allegations in the current and previous administrations especially during his tenure as President.

Speaking on GTVSports+ “Saving Our Passion’, show, he said, ”there is nothing wrong with me either as FA President or an ordinary Ghanaian suggesting to the Coach that go and look at this player and decide yourself whether he is worth coming into the team. I have done it a few times”.

Mr. Nyantakyi cited the example where he suggested Sadat Bukari who played for Hearts of Lions to Coach David Duncan when he handled the U17 National team.

”The Coach on his own assessed the player and picked him for the team”, he noted.

“Coach Duncan later came to me and said thank you very much, you got me my number 10 and that player was the striking pair with Opoku Agyeman for the U17 team”.

He narrated another instance where former Black Stars Coach C.K Akunnor while in his playing days (in Denmark) also recommended a player, Francis Diko who was also playing in Denmark, saying “there is nothing wrong with that”.

The former FA President however spoke against abusing such privileges, as has been the case with some Management Committee Members during his tenure.

“But there is everything wrong in a case in which management Committee members decided to allot slots to themselves, that each Committee member was to bring two players to the camp. The confusion broke out when the Coach went to train players and found new faces on the field of play, so he abandoned the training and went straight to the FA to report it”.

“The absurdity in that decision is that you may end up having only goalkeepers from the Management Committee Members or all of them may be left full backs” he explained while smiling.

He said the Coach had the final say in player selections and would take full responsibility for their success or failure when included in the team.