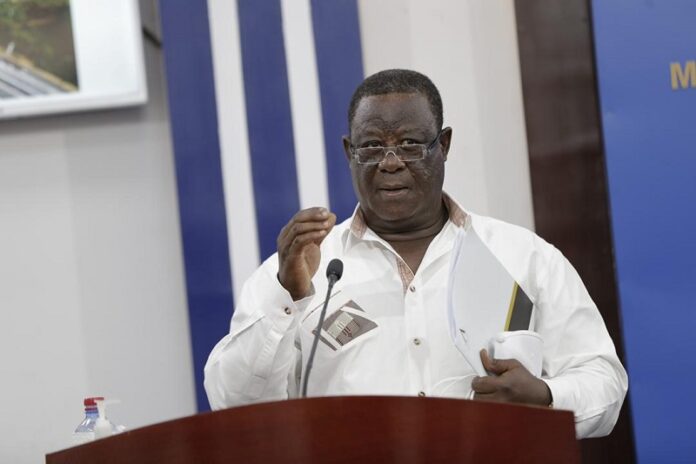 The Minister for Roads and Highways Kwasi Amoako-Atta has backtracked from his widely condemned announcement of converting the country’s toll booths into urinal.

Ranking Member for Roads and Transport committee Governs Kwame Agbodza during presentation of the reports of the committee on a commercial contract agreement between the government of Ghana and BNIP-JANSON-ADAWSO Consortium of Netherlands for an amount of 200 million euros for the construction of a bridge over the Afram River at Adawso-Ekyi Amanfrom, Agbodza disclosed about 4 million cedis of the amount has been earmarked for construction of toll booths.

The Adaklu MP questioned why the minister will on one hand seek to convert existing toll booths into urinals and ask for approval to borrow money to construct new ones.

The minister interjected calling the Adaklu MP ignorant. He explained his comments have been taken out of context.

“It was an interview, but a small portion of it is what has been taken by the media. I was speaking to the press and they wanted to know the future of all the tollbooths and among others, I said the Ministry has plans and the government is thinking of a lot ways of putting the tollbooths to use, and I said that we have about 38 of them at various vantage points in the country,  to improve the sanitary situation. For instance, on the highways we have vehicles stopping indiscriminately and drivers and passengers getting down urinating everywhere and it’s too indecent.” he said.

However, Minority chief whip Muntaka Mubarak subsequently got the minister to withdraw the ignorant charge against the Adaklu MP.

Tollbooths to be converted to public urinals