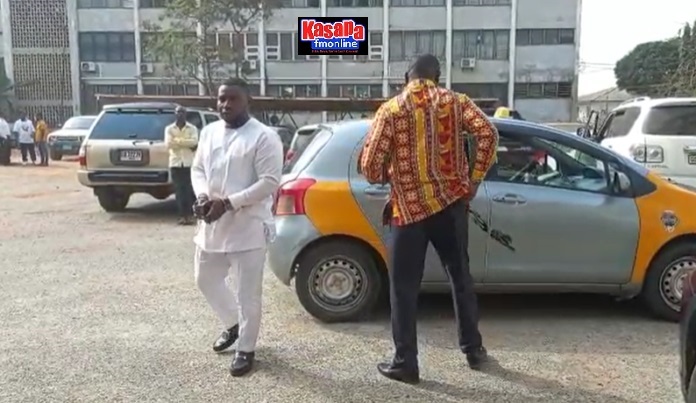 Mr Thompson who arrived in a taxi was in a handcuffed after he was detained at the Teshie District Police Command yesterday.

According to EIB Network’s Court Correspondent Murtala Inusah, he is expected to respond to charges of publication of false news.

His detention and subsequent appearance in court according to the police is pursuant to a complaint by the Ghana Armed Forces that Mr Thompson had allegedly published false news against it.