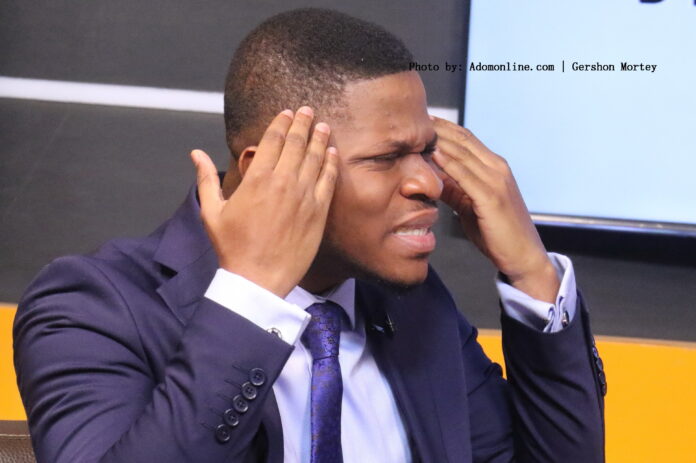 The National Communications Officer of the NDC, Sammy Gyamfi says abuse of power being demonstrated by the government is gradually becoming overwhelming.

He said such impunity which targets political opponents, journalists, among others must be condemned by all regardless of one’s political biases and affiliation.

Mr. Gyamfi who spoke on GTV Breakfast Show, February 7, 2022 said the development is retrogressive and does not help consolidate the country’s democratic gains.

“Look at what they did to Captain Smart only last week, even when a Court of competent jurisdiction granted that journalist bail, they still refused to release him, they detained him for 24 hours and over. This kind of impunity, this kind of lawlessness must be condemned by all Ghanaians irrespective of our political biases or affiliation”.

Making reference to the case involving the Assin North MP, James Gyakye Quayson, the NDC National Communications officer noted the case is a clear example of manipulations by the incumbent to reduce the number of the NDC in Parliament in order to pass the Electronic Transfer Levy otherwise known as the E-levy.

“They are only trying to use State Institutions like the Police and other groups to reduce our numbers in Parliament through this frivolous action so that they can push the e- levy through that is the game plan we know that”.

Mr. Gyamfi maintained that the Assin North MP followed and completed due processes to renounce his Canadian citizenship before the 2020 election which saw him emerge victorious.

He said Mr. Quayson’s lawyers and the legal team of the NDC were looking into the case for appropriate intervention by the close of the week to ensure Mr. Quayson is not treated unjustly.

Mr. Gyamfi cautioned the government against interference with the work of the judiciary, because it amounts to contempt of Court.

“The Attorney General and Minister of Injustice” who is the brain behind what is going on because he knows the matter is before the Court of Appeal, he knows the matter is before the Supreme Court and the issues that underpin the injunction to they sought to file in the Supreme Court and also the criminal charges they sought to bring against the honourable MP are pending, they have not been determined’’, according to the NDC Communications Officer, Sammy Gyamfi.