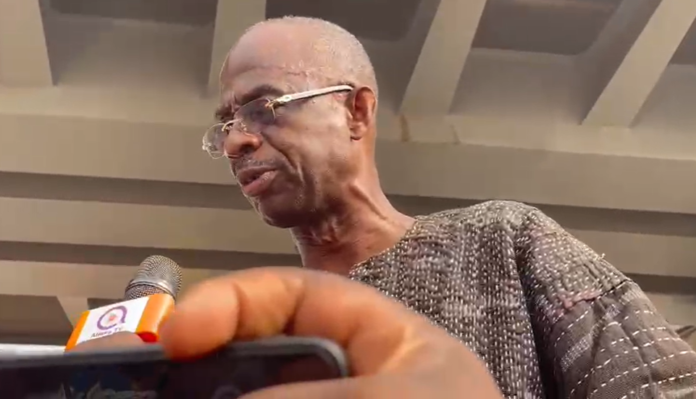 The General Secretary of the opposition National Democratic Congress (NDC), Johnson Aseidu Nketiah, says his party will abolish the Electronic Transfer Levy, popularly known as E-levy, if they win power.

He said this when he joined Members of the Coalition of Concerned Ghanaians during the ‘Yentua’ demonstration to express their displeasure over attempts by the government to get Parliament to approve the controversial E-levy.

Addressing the media, Mr. Nketiah noted that the NDC is not opposed to taxation, only that it views the E-levy as an attempt by the government to rob the ordinary Ghanaians of their source of livelihood amidst the hardship.

“We are not against taxation. Taxation is for value addition. But we will not sit and watch the government to keep robbing us. The E-levy is not taxation, it is daylight robbery. The alternatives are there. Who in his right senses in this country asked the Minister for Roads to argue that we abolish the road tolls and convert the toll booths to toilets and washrooms?”

“The fire will keep burning so long as we have a government that operates with impunity,” he added.

He noted the opposition party will repeal the E-Levy “in an unlikely event that E-levy is passed.”

“We will abolish it within the first 100 days we assume power. It is not taxation. It is daylight robbery. Taking people’s capital from their pockets,” he added.

The NDC has waged strong opposition to the l.75% levy on transactions, including mobile money and bank transfer.

The government has in response held series of town hall meetings to get the buy-in of Ghanaians.