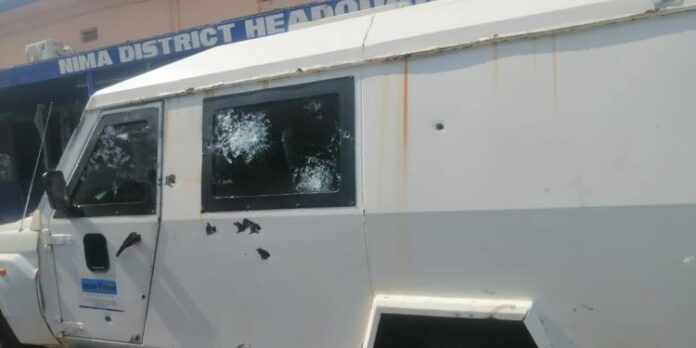 The Ghana Police Service has confirmed that two police officers who were arrested in relation to a series of bullion van robberies in the Greater Accra Region have been shot dead.

The suspects’ Lance Corporal Stephen Kwaku Nyame and Constable Reindolph Gyimah Ansah sustained gunshot wounds during an exchange of gunshots in an intelligence-led operation at Borteyman near Ashaiman in Accra.

The two were pronounced dead at the Police Hospital, where they were rushed for treatment.

A fifth suspect, a civilian, Razak Alhassan was also arrested while some five others have gone into hiding.

The arrested suspects will be put before court on Wednesday, 9th March 2022.

The Police appealed to the public and health facilities in the Accra-Tema area to report to the police if they find any person with gunshot wounds.

Read full statement from the police: