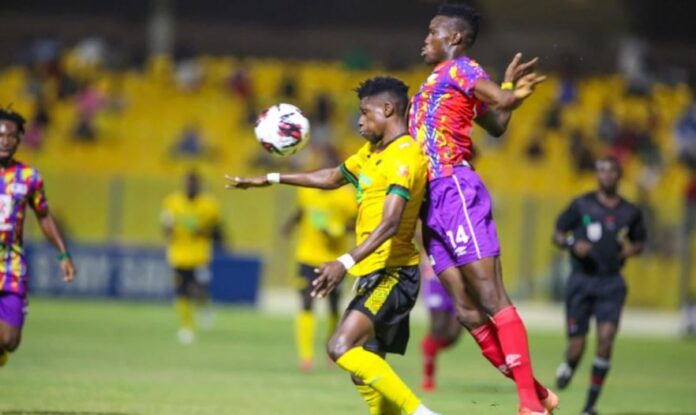 Hearts of Oak earned the bragging rights over their sworn rivals Asante Kotoko after winning the 2022 President’s Cup on Friday evening.

The Phobians lifted the glittering trophy at the Accra Sports Stadium after a hard-fought 2-1 win against the Porcupine Warriors.

All goals came in the second half with substitute Patrick Razak the hero as he netted the winner for Hearts of Oak minutes to full time.

The attacker finished off a brilliant counter as he rounded goalkeeper Danland Ibrahim before scoring to send Hearts faithful into raptures.

The game had looked destined to end in a stalemate and head straight to penalty shootout as Samuel Boateng drew Kotoko level following Daniel Afriyie Barnieh’s opener for Hearts.

He was present, performing the ceremonial kickoff and presenting trophy as well as medals.

Hearts celebrated winning the trophy for the fifth time but first in seven years. Kotoko remain the most successful team winning it seven occasions.