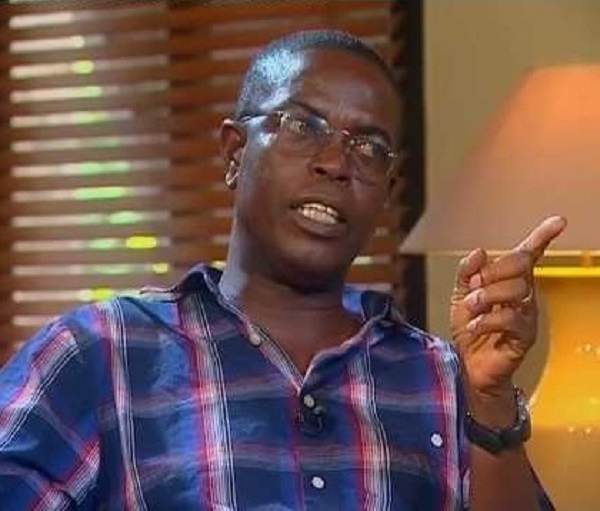 Seasoned Journalist, Kwesi Pratt Jnr. is least enthused about the measures announced by the Finance Minister in addressing the economic challenges facing Ghanaians.

Disclosing what the Government of Ghana is doing to tackle the challenges during a press briefing, the Finance Minister, Ken Ofori-Atta outlined that the ”Ministry of Finance is currently meeting with MDAs to review their spending plans for the rest of the three (3) quarters to achieve the discretionary expenditure cuts”, stressing the “discretionary spending is to be further cut by an additional 10%”.

“These times call for very efficient use of energy resources. In line with this, there will be a 50% cut in fuel coupon allocations for all political appointees and Heads of government institutions, including SOEs, effective 1st April 2022; with immediate effect, Government has imposed a complete moratorium on the purchase of imported vehicles for the rest of the year. This will affect all new orders, especially 4-wheel drives. We will ensure that the overall effect is to reduce total vehicle purchases by the public sector by at least 50 percent for the period; again, with immediate effect Government has imposed a moratorium on all foreign travels, except pre-approved critical/statutory travels;

“Government will conclude on-going measures to eliminate “ghost” workers from the Government payroll by end December 2022; impose a moratorium on establishment of new public sector institutions by end April, 2022; prioritise ongoing public projects over new projects. This is to enhance the efficient use of limited public funds over the period by finishing ongoing or stalled but approved projects; reduce expenditure on all meetings and conferences by 50%, effective immediately; Finally, Cabinet approved that Ministers and the Heads of SOEs to contribute 30 percent of their salaries from April to December 2022 to the Consolidated Fund; We would like to thank the Council of State in their leadership in complimenting the Government on this policy”, the Minister elucidated.

But, to Kwesi Pratt, there is nothing impressive about these economic measures among others.

Mr. Pratt asked; ”What’s new about the measures that our brother Ken Ofori-Atta announced that we haven’t heard before?”

With the imposition of moratorium on the purchase of imported vehicles for instance, he alluded to a similar instruction that was given by the President of the Republic, Nana Addo Dankwa Akufo-Addo, to his officials in his first term.

He also touched on the 30% cut on the salaries of the Ministers and Heads of SOEs recounting that this is not the first time such thing has happened.

He asserted that, although these measures are a step in the right direction, they are however not the solution to the economic challenges.

He made these comments on Peace FM’s ”Kokrokoo”.

E-levy implementation to be ready in May – Ofori-Atta