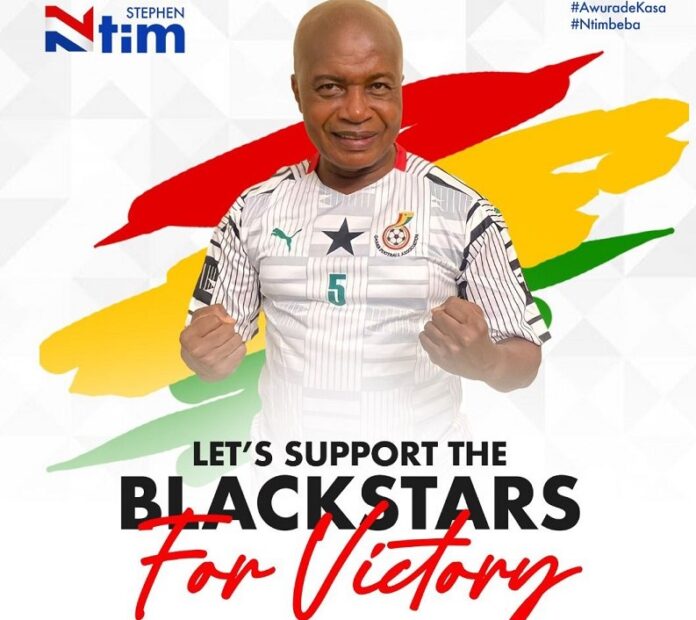 Ghana booked a place in the tournament to be held later this year in Qatar after playing a 1-1 draw with Nigeria in Abuja on Tuesday, March 29, 2022.

Ghana’s captain on the day, Thomas Partey scored first with a blistering shot outside the box around the 11th minute of the game.

Nigeria, however, leveled in the 22nd minute when VAR ruled that there was a foul on Ademola Lookman in the Ghanaian box resulting in a penalty.

The spot-kick was converted by defender Troost-Ekong to make it 1-1. The second half produced no goal ending the match in a 1-1 draw.

But Ghana qualified for the Qatar tournament on away goal rule as the first leg ended 0-0 in Kumasi.

In a congratulatory message, Mr. Ntim who’s a former National First Vice Chairman of the NPP, noted that “the entire country has been thrown into a state of ecstasy as a result of the qualification of the Black Stars for the World Cup to be staged in Qatar.

“I congratulate the gallant soldiers who went all the way to the intimidatory stadium in far away Abuja to qualify Ghana for Qatar22. Once again, congratulations to the Black Stars including the technical team for this great feat. Ghanaians are proud of them.”

The draw for the 2022 FIFA World Cup in Qatar will be held on Friday.