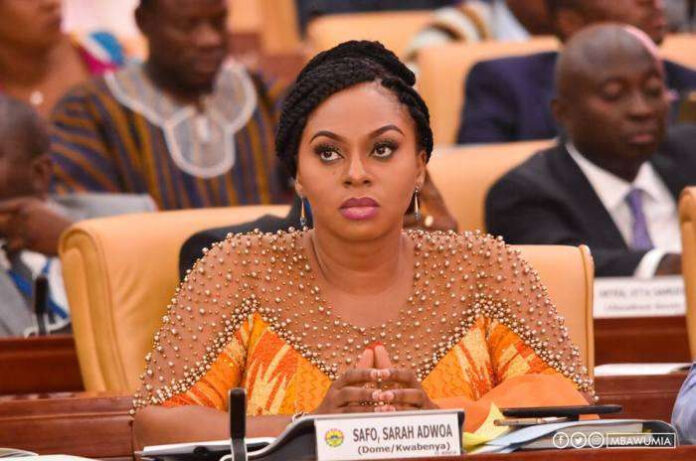 Dome-Kwabenya lawmaker Adwoa Safo has requested the Speaker of Parliament for four weeks extension of her leave, Majority Leader Osei Kyei-Mensah-Bonsu has disclosed.

“What I can say now is that on Wednesday, she brought a letter, asking for four weeks extension. She explained that her injured child is still responding to treatment.

“I cannot say whether she is okay herself or not since I am not there with her,” the Suame MP told Accra-based Neat FM.

The lawmaker’s absence from the House has caused rancour in the ruling party with some MPs accusing her of blackmailing the party in the attempt to pass the controversial e-levy.

Meanwhile, the First Deputy Speaker, Joseph Osei-Owusu has indicated that the Majority Caucus does not factor  Adwoa Safo into its deliberations in Parliament.

According to the Bekwai MP, all avenues to get the absentee MP to return to the House have proved futile.

Speaking on Kumasi-based Pure FM, Mr Osei-Owusu said, “in our strategy, we have taken it as going to rescue a kidnapped person, you presume she is dead, but if you go and she is alive, then it is God’s grace, and it adds to your gains, so that is our approach.

“So as it stands now, we don’t count her as part of us,” he stated.