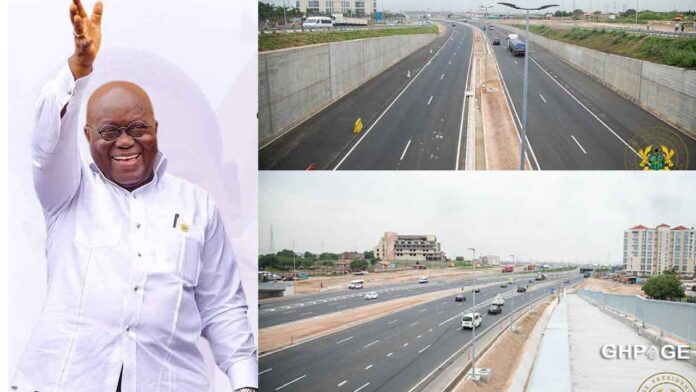 The majority in parliament has strongly defended President Akufo-Addo for claiming in his state of the nation address his administration has constructed over ten thousand kilometres of new roads in 5 years.

The President, while delivering the 2022 State of the Nation Address on Wednesday, said his government has constructed some 10,875 kilometres of new roads within the five years he has been in office.

This, he said, is an unprecedented achievement in the infrastructure sector in the history of Ghana.

“In the five years of my government, so far, more roads have been built, improved and upgraded than at any other equivalent period under any government in the history of Ghana.

“Some 10,875 kilometres of new roads have been constructed in these five years.

But the minority took the President to task accusing him of deception while demanding details of the projects.

In a reaction, the chairman for the committee on roads and transport, Kennedy Osei Nyarko argued the president’s claim was grounded in facts.

The Akim Swedru MP refuted the accusation from the NDC MPs that the president peddled falsehood with such a claim.

“Between 2017 to May 2020, the Ministry of Roads and Highways completed a total road mix of 4,263 km. Between June 2021 and December 2021, COCOBOD under their cocoa road project completed a mixture of road – 6,400 km. this comprises of spot improvement which is about 4,200 plus, then Transport sector improvement programme which was sponsored by the Donor partners about 50 km of it…”