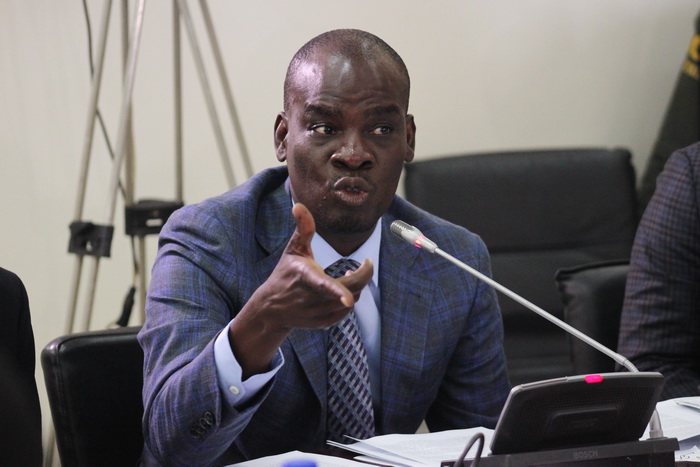 The Minority in Parliament says the measures announced by the Minister for Finance amidst the general economic hardships facing the country, indicate that government is out of touch with the current economic realities.

Leader of the caucus, Haruna Iddrisu, contends that the measures are woefully inadequate.

At a press briefing on Thursday, Ken Ofori-Atta announced among other things a 15 pesewas reduction on a litre of petrol and fuel, and a moratorium on importation of vehicles for government institutions.

He also cut the issuance of fuel coupons for government appointees by 50%.

But addressing the media, Haruna Iddrisu chastised government over its management of the economy.

“Arguably, after listening to the Finance Minister, his responses and proposals, while he was talking about expenditure cut, he also says they are going to spend  on growth areas and social spendings. That can only be a contradiction. Our immediate response to the Minister of Finance is to state categorically and unequivocally that he’s lost touch with reality. He is not in tune with the state of the Ghanaian economy.”

The Minister for Finance, Ken Ofori-Atta on Thursday announced measures taken by the government to revive the economy which is suffering several challenges including inflation, depreciation of the cedi, difficulties in payment of debts among others.

He highlighted twelve points for cutting down public expenditure including a moratorium on the purchase of imported vehicles and foreign travels by public officials.

He also indicated plans to generate more revenue including impressing on parliament to pass the E-levy.

Mr. Ofori-Atta also indicated plans to inject $2 billion into the economy in the next 2 to 6 weeks.

For the Minority leader however, these plans are not in any way meant to be in the interest of the ordinary Ghanaian.

“Our economy today is one that reflects nothing less than a cost of living crisis and a cost of doing business crisis both for individuals and businesses who are unable to cope with the measures so announced by the Minister for Finance. We do not find his proposals adequate enough. We need certainty and clarity.”