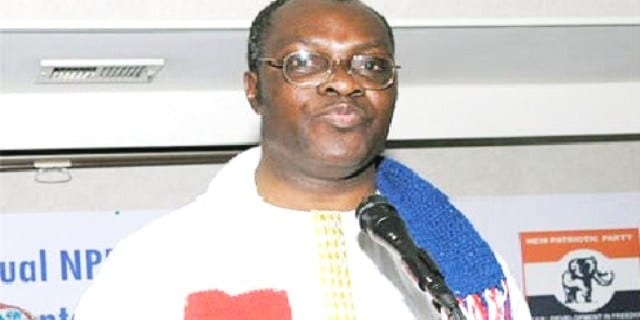 A former stalwart of the governing New Patriotic Party (NPP) Dr. Arthur Kobina Kennedy has defended Professor Raymond Atuguba’s controversial “coup” comments, explaining that he did not call for a coup but rather sought to rally the nation against coups. He noted that rather than accuse the Dean of the Ghana Law School of engaging in coup mongering, the truth in his statement must be heeded to.

“Professor Atuguba did not call for a coup. Indeed, he tried to rally the nation to prevent a coup… When someone says that there are thieves in the neighborhood so you must lock your gates when you’re going to bed, he is not calling for your property to be stolen,” Dr Arthur Kennedy explained in a video on social media.

He added that what Prof Atuguba said has already been admitted by the Government itself and that attacks are therefore unwarranted.

Prof Atuguba has come under criticism by sections of the public, especially supporters of the governing New Patriotic Party (NPP) for saying that there could be a coup d’etat in the country if the Government does not act fact to address the prevailing challenges of the country.

It would be recalled that the Dean of the University of Ghana School of Law, Professor Raymond Atuguba. speaking at a seminar on Monday, 28th February 2022, made it clear that Ghana’s broke economy may trigger a coup.

“My current assessment that Ghana may be ripe for a coup, is based on my friend’s doctoral search called Why some coups succeed and why others failed. The big part of why certain coups succeed is the economy. What is the state of Ghana’s economy today”, he asked.

The law lecturer although indicating he did not want a coup to happen in Ghana, however, he stressed ” we could have one if we don’t act quickly”