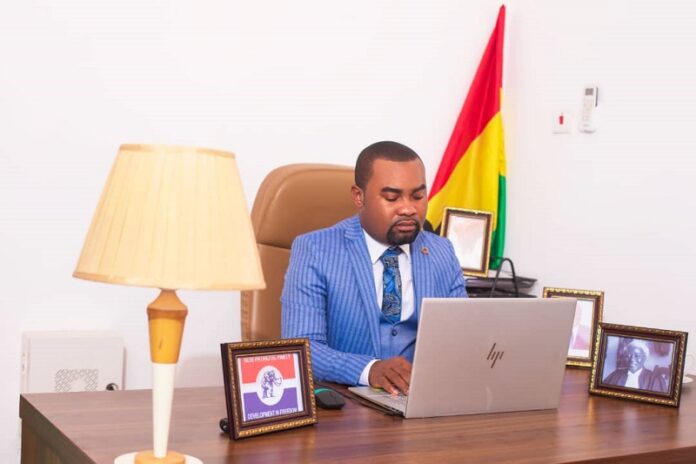 I would like Pierre Laporte to understand that no government official is saying that COVID-19 is the Sole cause of Ghana’s economic challenges. The economic challenges of Ghana and Africa at large have been longtime compounding issues largely due to unfair and biased economic policies by the Western World, international organizations such as World Bank, IMF, and global credit ratings with the sole purpose of controlling the resources and undermining the economic and financial freedom of Ghana and the African Countries.

The policies and economic solutions of World Bank and IMF always turn Ghana, African Countries, and Third World into LOANS ADDICT NATIONS. Any attempt to get out of their trap would attract negative ratings and unfair comments from their officials. I honestly don’t think that Mr. Pierre Laporte is super intelligent than anyone here in Ghana.

Mr. Pierre Laporte, the World Bank Country Director to Ghana has indicated that the COVID-19 pandemic is not the sole cause of the current economic hardship being faced by Ghanaians as some government officials have suggested. According to Mr. Pierre Laporte, even before COVID-19, there were signs that Ghana’s economy was heading into trouble due to actions and inactions of the government, and that it would be difficult for government to restore macro-stability as well as avert the current hardship on Ghanaians.

First and foremost, it is important to point out to Mr. Pierre Laporte that his observations are factually incorrect and without any form of merit.

Between 2017 and 2019, before the global COVID-19 pandemic, Akufo-Addo’s Government has effectively and efficiently managed the Ghanaian economy by improving the indicators of the economy such as bringing down policy rate from 26% to around 13%, 15% inflation rate to around 9-10% etc. Also a lot of resources were invested by Akufo-Addo’s Government to minimize the spread of Galamsey as well as completely saved the banking/financial sector. Akufo-Addo’s Government successfully solved the energy crisis and took Ghana out of IMF Programme thereby opening up employment in the public sector which was frozen under the NDC Government.

Alongside solving all the aforementioned problems inherited from John Mahama, Akufo-Addo’s Government also successfully rolled out programmes such as NEIP, 1D1F, Planting for food and jobs, 1 Constituency 1 Ambulance, roads/infrastructure across the country, Free SHS Policy, restoration of allowances for teachers and nursing trainees etc. All these were successfully ongoing simultaneously until the economy came under stress largely due to the COVID-19 pandemic and its associated protocols and restrictions including lockdown and closing of all the borders of the country.

During this period of COVID-19, free food, free electricity, and free water were provided by Akufo-Addo’s Government to Ghanaians for several months, a novelty that even Europe, UK, China, USA and other countries couldn’t provide for their citizens. This strategy by Akufo-Addo’s Government helped to save life of millions of Ghanaians including children and pregnant women.

Akufo-Addo’s Government decision to preach and adopt “Ghana Beyond Aid” agenda seems to pose a very serious threat to the World Bank and IMF usual influences and hijacking of the economic sovereignty of Ghana since independence, and this has pushed the representatives of World Bank and IMF to Ghana to join the noise and bandwagon of the NDC to criticize Akufo-Addo’s Government simply because President Akufo-Addo has made a conscious determination to rely on homegrown strategy and policies to address the concerns of Ghana’s economy instead of going to the World Bank and IMF for an economic bailout.

The opinion of Pierre Laporte cannot override the gains, achievements, and the collective direction of Akufo-Addo’s Government to address the economic challenges of Ghana.

Under Akufo-Addo’s Presidency, Ghana shall certainly overcome the current challenges, restore macro-stability and reduce the hardship of Ghanaians without seeking financial resources from the World Bank or IMF.