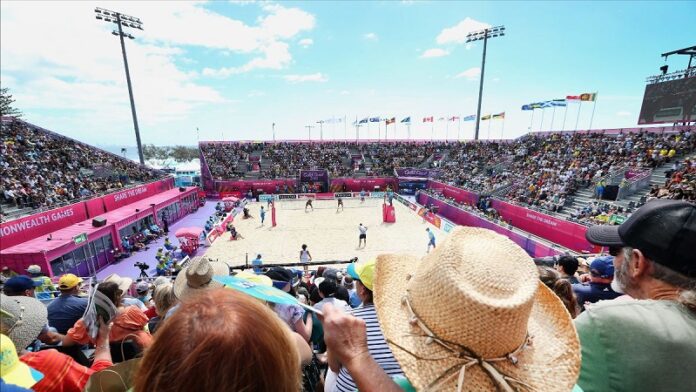 The FIVB and CGF have announced the 12 men’s and 12 women’s national teams that have qualified for the Birmingham 2022 Commonwealth Games which are set to take place this summer from 30 July to 7 August.

Birmingham 2022 will mark beach volleyball’s second appearance at the Commonwealth Games after the sport made its successful debut at the multi-sport competition four years ago in the Gold Coast, Australia.

The action will take place in the heart of the city and will see the 12 teams per gender striving to emulate the success of Australia’s Chris McHugh and Damien Schumann and Canada’s Melissa Humana-Paredes and Sarah Pavan who took the top spot at the Gold Coast 2018 Commonwealth Games.

The qualified teams represent all five continents and are as follows:

The competition is set to be fierce with Australia and Canada renewing their rivalry having battled it out in both the men’s and women’s Gold Coast 2018 finals, New Zealand and Vanuatu looking to add to their Commonwealth bronze medals and the addition of newcomers Ghana, the Solomon Islands, Tuvalu, South Africa and Gambia.

“Congratulations to 24 outstanding teams who have qualified for the men’s and women’s beach volleyball competitions at the Birmingham 2022 Commonwealth Games. We are set for an exciting event at Smithfield, right in the heart of Birmingham’s city centre, and I know the world class athletes competing will showcase the very best of Commonwealth Sport.”

“I am excited to see such a broad and talented group of teams representing beach volleyball in Birmingham this summer in their pursuit of Commonwealth gold.

“The Commonwealth Games is a key multi-sport event in the global sporting calendar, and I have no doubt the beach volleyball competition will showcase the very best of our sport. The array of national teams representing our sport at the event is a testament to the global appeal of beach volleyball and the impact of our efforts to develop the sport worldwide. We will also see even more countries represented in beach volleyball at Birmingham 2022 than at the sport’s debut at Gold Coast 2018.”