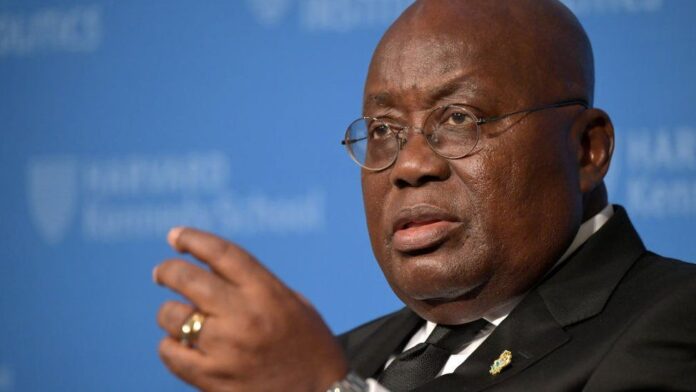 President Nana Addo Dankwa Akufo-Addo has said that the Cedi has started gaining strength against the major trading currencies.

He said this in an interview with the BBC’s Peter Okwoche on Monday April 4.

The President was touting the economic progress of the oil-producing West African nation but when his attention was drawn to the woes of the local currency, he said “I don’t know the economy in the world that is doing well.

“The Cedi has begun to firm up. The world is going through a difficult [moment], Ghana is no exception, Nigeria is no exception. There is no country in the world that is escaping the ravages of Covid-19 and also the impact of the [Russia-Ukraine conflict].”

He said the government’s strategies will offer the country the chance to recover from the adverse effects of the Covid-19 pandemic.

“In Ghana, the recovery programme we have is very credible and that is what is going to give us the opportunity to come out of this period a stronger economy, and it is that future we are looking at. The digital economy (referring to e-levey) is emerging as the biggest economy in the country and for a long period, it has not had any tax at all, so it is important that it also comes into the net,” he said.

The President assented to the E-levy Bill on Thursday, despite a challenge at the Supreme Court by the Minority in Parliament against its passage.

He believes criticisms against the passage of the controversial tax are unfounded, as countries affected by the pandemic equally resorted to unpopular measures to revive the economy.

According to him, “The world is going through very difficult times. Ghana is no exception, Nigeria is no exception. There is no country in the world that has escaped the ravages of COVID-19… What you need to look at is the elements being put on the ground that look beyond the Russia Ukraine war.”

“The economy has gone through very difficult times. I can quote statistics of the US and UK economies, but they will not serve a purpose. It is a phenomenon that is going on which has made life difficult.”

Saving the Cedi: BoG steps up vigilance on forex bureaus