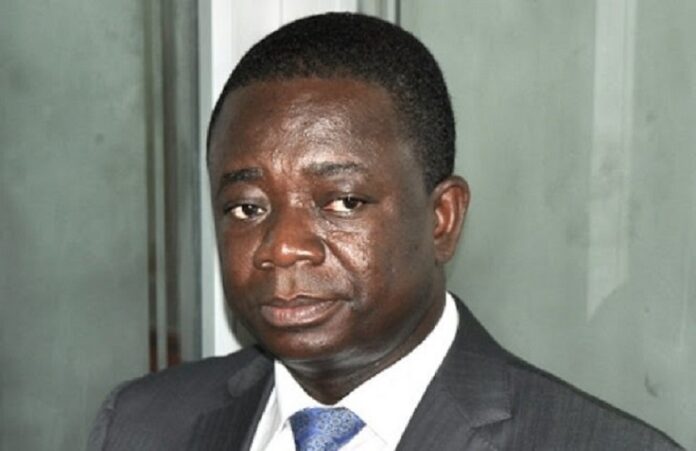 The High Court in Accra has summoned five witnesses for Dr Stephen Kwabena Opuni, the former Chief Executive Officer of COCOBOD who is standing trial and two others.

The court made the order through a subpoena to be served on the personalities that, Dr Stephen Kwabena Opuni sought to rely on for his defence.

The court presided over by Justice Clemence Honyenuga made the order after the lawyers of Dr. Opuni urged the court to issue subpoenas to those five witnesses.

Relying on Articles 19(2)(g)(h) of the 1992 Constitution, counsel moved two applications – subpoenas and for a witness to testify via video due to health concerns.

Moving the application for consideration Under 19(2)(g), counsel prayed that, Reginald Aduakwa, Bank Manager assigned to the first accused at Ecobank, who has now moved to Stanchart to be subpoenaed.

Counsel also requested a subpoena to be directed at Samuel Amponsah, who was the acting Head of Cocoa Health Extension Division (CHED).

According to counsel, Mr Amponsah will give evidence that the farmers in the Western North Region required Lothivite fertilizer.

Also, Opuni wants, Peter Okyere Boateng, the Deputy Executive Director of CHED in charge of monitoring and evaluation to be summoned.

According to counsel, he was directly in charge when the officials wrote the CHED report on the evaluation of fertilizers including Lithovit which report was given to them by the prosecution.

Lawyer Codjoe said, the said report talks about the effect of Lithovit on cocoa.

Also, Dr Gilbert Anin Kwarpong, who was the Executive Director of Cocoa Research Institute of Ghana (CRIG) in the 2015/6 and 2016/17 Cocoa seasons was also mentioned.

Counsel explained that it was during his time that COCOBOD through CRIG renewed the certificate for Lithovit fertilizer.

“We also want a Subpoena to issue at Atta Kwasi, a farmer, who used Lithovit and whose farm is in the Ahafo area of Ghana,” he prayed.

Under 19(2)(h) counsel prayed for a Twi Interpretation to be made available for some of the witnesses who will give evidence in twi.

For, Ambassador Daniel Ohene Agyekum, who was the former Board chair, resident in Kumasi, counsel said, he has a health challenge by way of disk spinal issue, and therefore prayed that his evidence is taken remotely by video conference.

According to counsel, although he had no problem with his voice, it will be problematic for him to be physically present in court.

Ambassador Agyekum was the board chair during the tenure of Dr Opuni and “was until the procurement act amended sometime in 2016, the chairman of entity tender committee.”

He told the court that, the purchase of Lithovit was approved by the entity tender committee and he is therefore also required to give evidence.

The prosecution led by Mrs Evelyn Keelson, Chief State Attorney did not oppose it.

Justice Honyenuga, a Justice of the Supreme Court sitting with additional responsibility as a High Court judge granted the applications.

“The application for subpoenas to issue to the five personalities as stated is hereby granted.

“The Registrar of this court is to carry out this order. Counsel for the 1st Accused should assist the Registrar by providing the necessary addresses for service on the personalities,” the court ruled.

Regarding the video conference, the court said, “the application is also granted.”

“The Registrar is to carry out this order in cooperation with Counsel of first accused,” the court directed.

Meanwhile, the former Director of Finance who was called as first Defence Witness for Dr Opuni has been discharged.

This was after Prosecution had subjected him to thorough cross-examination.

Dr Opuni and Mr Agongo are facing 27 charges, including defrauding by false pretences, willfully causing financial loss to the State, money laundering, corruption by a public officer and contravention of the Public Procurement Act.

They have both pleaded not guilty to the charges and are on a GH¢300,000.00 self-recognizance bail each.