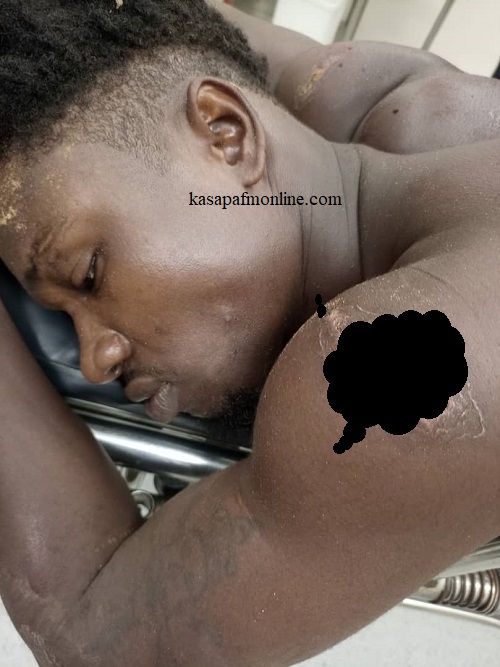 A Police inspector on night guard duty at Akuapem Larteh junction in Akropong has been hailed for overpowering three armed robbers in a shootout Wednesday night.

Inspector Albert Kuntu Blankson, who was on night duty at Yokwa Gas filling station at Larteh-junction Akuapem came under attack by three armed robbers at about 1:00 am in an attempt to rob the gas filling station.

One of the armed robbers fired at the police officer but he managed to take cover, assumed a shooting position, and returned fire.

One of the robbers was shot injuring him, forcing the others to escape.

The police officer called for reinforcement and the Divisional Crime Officer, DSP John Agyuah in charge of four personnel proceeded to the scene of the crime.

An inspection of his body found a wound on his right upper part of the waist. He was briefly interrogated and the suspect mentioned his name as Ernest Antwi, 28, from Asante-Mampong. He also revealed the identity of his accomplices as Maxwell and Kwame.

The police team combed the area but could not find the accomplices. The injured robber was rushed to Tetteh Quarshie Memorial Hospital.

Kasapa News has gathered that the suspects arrived at Asenema- Akuapem on Sunday aboard a DV black private car for surveillance before embarking on the robbery operation at Lartey junction.

He said the police team that visited the scene saw pellet holes on the wall while two live cartridges were retrieved.

DSP Tetteh appealed to residents in the area to help police with credible information to aid arrest the suspects at large.