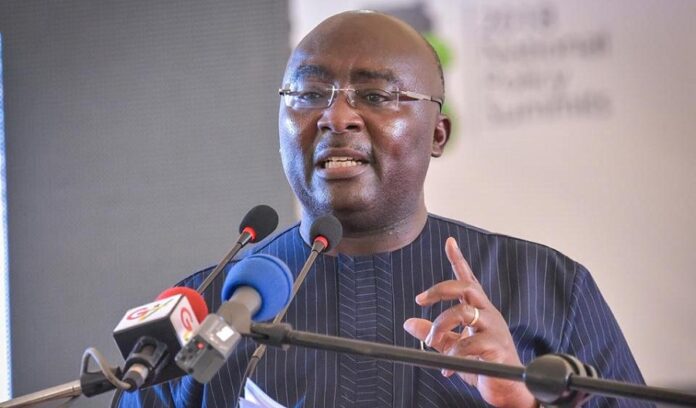 Vice-president, Dr Mahamudu Bawumia says despite the COVID-19 pandemic badly hitting the solid foundation of Ghana’s economy, the growth of the economy is fundamentally stronger than it was between 2013-2016.

Speaking on the state of the economy at the TESCON national conference on Thursday 7 April 2022, held at the Pentecost Conference Centre at Millennium City, Kasoa Yesukrom in the Central Region, Dr Bawumia said “the path of inflation in Ghana has been similar to those of other countries following the COVID pandemic. Inflation had declined from an average of 17.5% in 2016 to an average of 7.2% in 2020. Since the pandemic, inflation has increased to an average of 10% in 2021.”

“As of February 2022 inflation 15 rose further to 15.7% as a result of global conditions, including a rise in crude oil and other commodity prices and the Russian-Ukraine conflict. It is important to note that between 2013 and 2016 inflation averaged 15.9%. Between 2017 and 2021, however, inflation has averaged 10.4% notwithstanding the impact of COVID-19.”

On interest rates, the former Deputy Governor of the Bank of Ghana noted that in spite of COVID-19, interest rates are lower currently than they were in the 2013 -2016 period.

“Before COVID-19, the steady disinflation process provided scope for significant monetary policy easing. The Bank of Ghana’s Monetary Policy Rate (MPR) was cut by a cumulative 11% between January 2017 and January 2021.”

The Vice President stated that the country’s economic fundamentals has become strong due to fiscal discipline by the Akufo-Addo led government.

“For the first time in a decade, Ghana recorded primary balance surpluses (for three years in a row). To sustain the path of fiscal discipline, parliament passed into law a Fiscal Responsibility Act that limits the fiscal deficit in any year to a maximum of 5% of GDP and requires a positive primary balance (that is our tax revenues should exceed all government spending, excluding debt service payments),” he said.