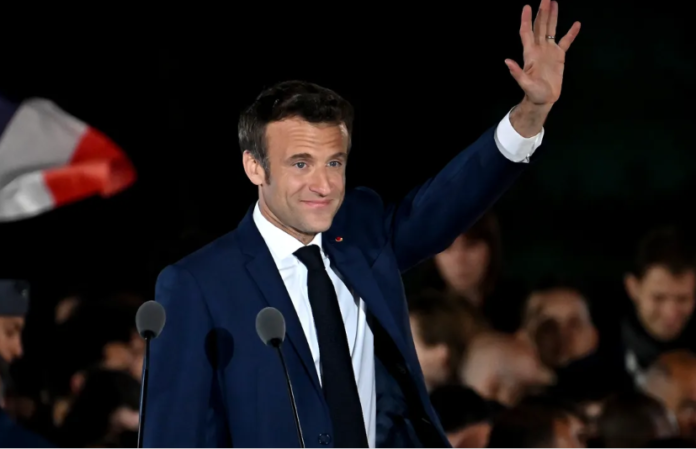 President Akufo-Addo has congratulated Emmanuel Macron on his re-election as President of France for a second term.

He believes the future of the people of France is secure with the re-election of the French Leader.

In a message to congratulate Macron, Mr Akufo-Addo said: “I wish him well in the discharge of his mandate, and in the crucial tasks of uniting the French nation and helping to weather the buffeting storms confronting Europe and the world,”.

French President Emmanuel Macron cruised to a second term Sunday, beating back a stronger-than-expected challenge from a far-right populist who has attacked the European Union and NATO and expressed support for Russia.

“I am no longer the candidate of one side, but instead the president for all,” Macron told cheering supporters who gathered near the Eiffel Tower to celebrate his reelection and the defeat of challenger Marine Le Pen.

In a rematch of the 2017 presidential election, Macron led Le Pen with more than 58% of the vote, according to projected results from the French news media, working with national pollsters.

Le Pen conceded shortly after the announced projection. She noted that she improved her performance from five years ago and will now concentrate on legislative elections for her party.