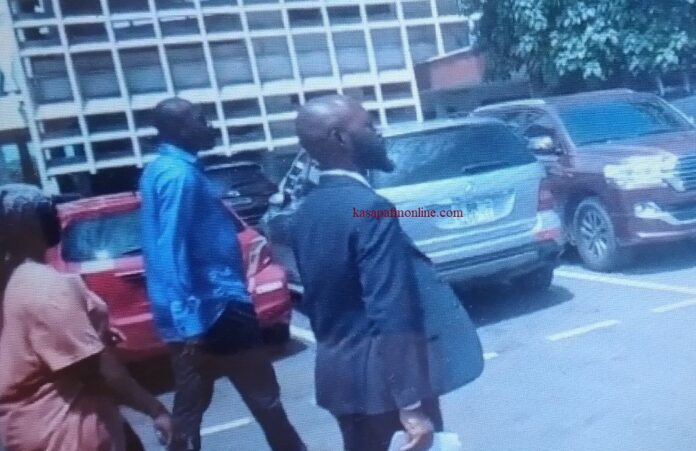 A Pharmacist who was an intern at the Ghana Police Hospital Pharmacy has been arraigned and charged with five counts after posing as a medical officer of the hospital.

Reghan Kaaie-Mabong, age 38, is facing a count of possession of firearm without lawful authority, two counts of personation, and two counts of threat of death.

He pleaded not guilty to all five charges when he was arraigned on Tuesday, April 19, 2022.

The Court presided over by Her Honour Mrs. Rosemond Baah Torsu granted him bail in the sum of GHc100, 000 with two sureties.

The accused appeared in court without counsel and the case has been adjourned to May 17, 2022.

The brief facts of the case as presented to the court by Inspector Jonas Laweh, the prosecutor, were that, on February 28, this year, at about 11:30 pm, the accused went to 2M Express transport yard at Kwame Nkrumah Circle.

According to the prosecutor, the accused parked his car and started urinating around the premises.

Inspector Laweh said, he was immediately confronted by a night security guard around 11:30pm, but he did not take the approach lightly.

The prosecutor told the court that, in the ensuing confrontation, the accused pulled a gun on the security guard.

He added that the accused also pointed a gun at a driver who heard the quarrel and approached the scene.

They called the police to have him arrested and when questioned he said, he was a medical officer at the Police Hospital.

But, upon investigation at the Police hospital, it turns out that, the accused was only an intern at the Police Hospital Pharmacy between October 2015 and June 2016.

According to the investigator, the accused has since not worked with the hospital.