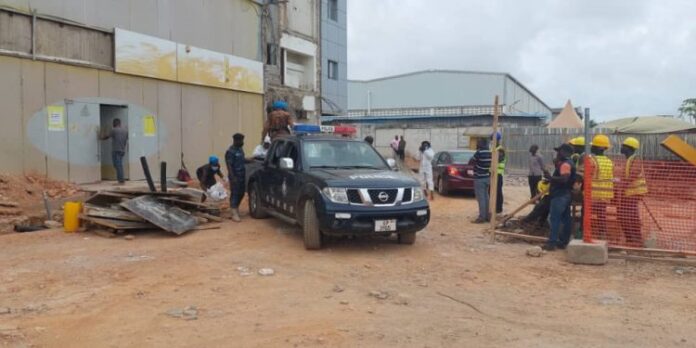 The Ghana Police Service has begun investigations into the circumstances surrounding the death of a Police officer who allegedly shot himself while on duty on Wednesday, April 27, 2022, at the Graphic Road, Abossey Okai, Accra.

Further details of the deceased Police officer have been withheld by the Police Administration for now, according to a police statement issued by DCOP Kwesi Ofori, Director-General, Public Affairs.

Police say the name and details will be published immediately after the bereaved family is formally informed about the incident.

A police officer on duty at a facility under renovation on the Graphic Road in Accra, has allegedly shot himself to death.

Reports say the young police officer was within the premises walking about and later decided to use the washroom.

Workers within the premises say they only noticed something had gone wrong when police officers started trooping to the premises.

According to sources, he was found dead in the washroom.