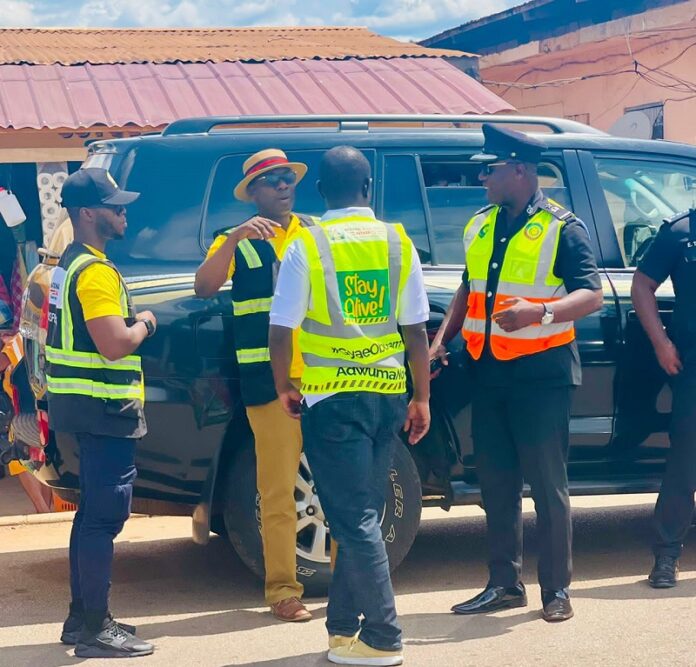 The deployment of technology coupled with police visibility at some vantage points along the Accra-Nkawkaw-Atibie highway to ensure road safety compliance has contributed immensely towards a reduction in road crashes during the Easter holidays, Acting Director-General, National Road Safety Authority (NRSA), Mr. David Adonteng, has revealed.

According to him, even though his outfit together with the Ghana Police Service and some other stakeholders are still analyzing the data with regards to road crashes during the Easter holidays, preliminary findings are so positive to the extent that they are completely overwhelmed by “what we are seeing”, attributing their success to the Stay Alive Campaign which was launched in 2021 and scaled-up this year with the deployment of more technological devices to ensure compliance. 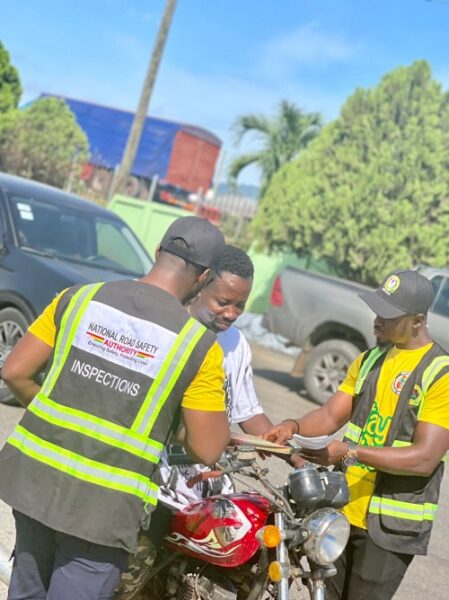 For instance, the police led by the IGP, George Akufo Dampare together with the Director-General of the MTTD of the Ghana Police Service, COP Aboagye Nyarko, Chief Superintendent Stephen Sasu-Mensah, Superintendent Alexander Kwaku Obeng, and the Eastern Regional Police Commander of the MTTD, installed cameras in commercial buses and other vehicles plying the Accra-Nkawkaw highway to check misbehaviors of drivers in real-time and deal with offenders.

Those found culpable were arrested and placed behind bars while some vehicles were also impounded.

That notwithstanding, the IGP also deplored so many police personnel from the Police Visibility Unit at some vantage points along the Accra-Nkawkaw highway to ensure compliance of safety on the road. 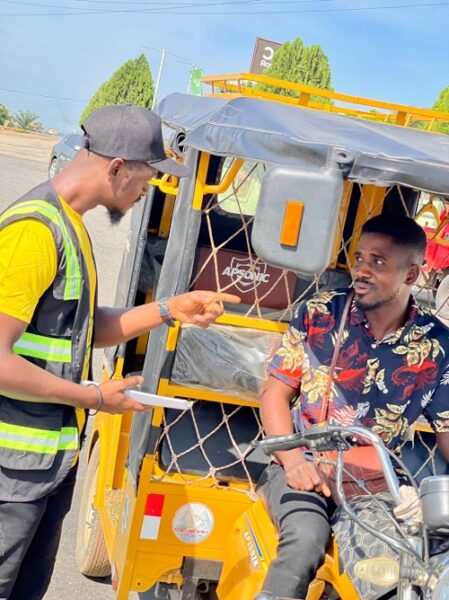 The NRSA in collaboration with UCL, a private company with headquarters in Accra, also conducted an electronic passenger manifest to collate data of passengers. This was to determine who was on the bus should there be any crash along the road so as to get in touch with their family members by informing them what has happened to their relative.

UCL also deplored tracking devices in commercial vehicles to monitor their movements on the highways and report any suspecting vehicle involved in over speeding, wrongful overtaking among others to the Police for quick action.

Interacting with journalists on Monday, April 18, 2022 at Nkwakaw, Mr. Adonteng said the deployment of these technological devices coupled with Police visibility ensured safety compliance on the road to a great deal, believing that that is the way to go as far as road safety management is concerned.

“This Easter collaboration exercise between the NRSA and the Ghana Police Service and other stakeholders has really motivated me to perhaps advocate for a change in the dynamics as regards our approach to road safety management. I think that we should do more with enforcement by deploying technology because the people out there are such that the normal don’t drink and drive, don’t overtake wrongly and don’t drive tired and so on have been heard so many times but it is not changing the figures. What will change the figures is enforcement. Deployment of technology coupled with visibility of the police for enforcement will do that for us. The visibility policy clearly suggest that the police have taken some policy dimension to change things and this is very commendable”, he noted.

He added “UCL’s support to the NRSA and Transport Operators by conducting free electronic-passenger manifest is also very commendable and we are going to promote it. That is the way we must go this time so that we can identify misbehavior on the highways in real and deal with them before they become a problem for us”. 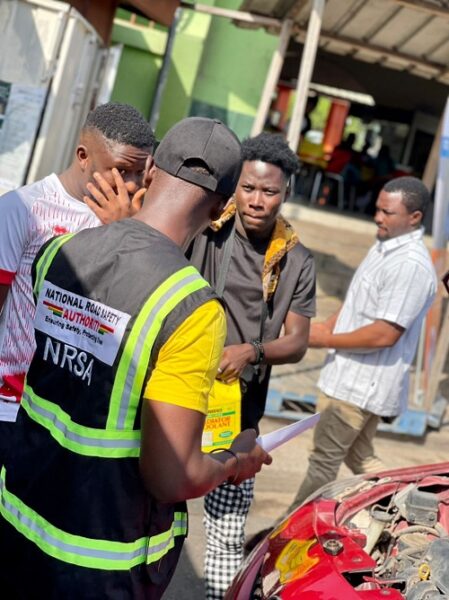 The outcome of the exercise, Mr. Adonteng further noted, is a manifestation of their vigorous Stay Alive Campaign which has helped the country to see some level of reduction in road crashes this year compared to previous years.

“I am convinced that we have done a good job and the numbers will not be the same. My expectation is that we will keep this relationship with the police and all our stakeholders to scale up education and scale up enforcement in the manner that the profile that we have already established this Easter, we will continue to give hope, especially, to travelers. Otherwise, the figures were not looking good before this year. From January to March 2022, we have recorded crashes that if you compare to last year, we have made some gains because in the number of cases or crashes, we made a reduction of 1.92% compared to last year, in terms of injuries, we made 4.17% reduction compared to last years, and then 4.8% reduction in fatalities or deaths compared to last year. So, you could see that all the three indicators have shown some positive signs. Clearly, our Stay Alive Campaign has contributed immensely to this. The efforts of the Ghana Police Service have also contributed immensely to this and I believe other efforts, especially from the media have also contributed immensely to this”, he noted. 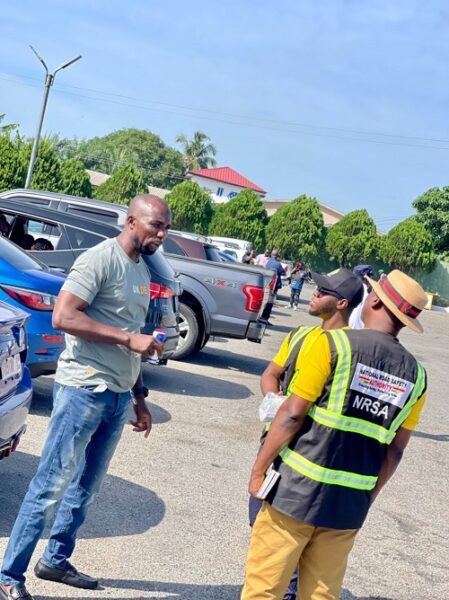 The Acting NRSA boss also spoke highly of the Ghana COVID-19 Trust Fund for their financial support to beef up education during the Easter holidays on the need to get vaccinated against the novel Corona Virus which has wreaked havoc to so many nations.

This year’s Stay Alive Campaign for the Easter was dubbed “Stay Alive for Easter 2022” and kicked started at the Neoplan Station at the Kwame Nkrumah Circle in Accra on Friday, April 12, 2022, through to Bunso, Abossay Okai chop bar to Nkawkaw and finally Atibie with the deputy Minister of Transport and MP for Gushegu, Mr. Hassan Tampuli urging commercial drivers and passengers to ensure compliance of road safety rules in order to stay alive before, during and after the Easter festivities.