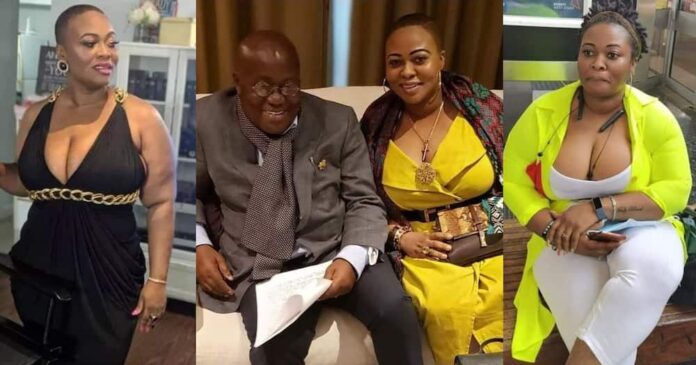 Minority Leader, Haruna Iddrisu says his side has asked for a copy of the Serwaa Broni interview with the CEO of Loudsilence Media, Kelvin Taylor for further study, transcription and legal analysis.

“These allegations, if proven to be true, raise grave charges of abuse of office, human right violations and conduct which bring the high office of President of Ghana into disrepute,” Haruna Iddrisu said in a statement issued on Tuesday.

The NDC Caucus in Parliament in its statement reiterated it will shortly convey to Ghanaians the actions to be taken on the basis of the outcome of the ongoing legal analysis of the matter.

Serwaa Broni in a no-holds-barred interview with US-based Vlogger Kevin Taylor also claimed she has naked videos and pictures of President Akufo-Addo but is holding onto them for the moment.

The self-confessed bisexual also publicly released the mobile phone numbers she chatted with the President in a bid to make the public believe she was not making up her story. The Airtel-Tigo and Vodafone numbers were displayed publicly with the last three numbers covered.

The Canada-based Ghanaian lady who has fallen out with the President since their first meeting in October 2014 alleged a robbery was staged against her to retrieve her gadgets for which she was supposed to be compensated but some persons took percentages of the money.

She provided text messages to back up some of her claims.

One text message dated Saturday, November 7, 2020, allegedly from President Akufo-Addo read: “Hello Evelyn, you are still my babe, please keep cool you and your girlfriend will be fully sorted out after the elections. John informed me you had agreed to wait so I didn’t understand the mails of request. I would love to call you but I have noticed my calls frustrates you. It’s busy times. Be patient a little more. Thank you”.

A message she wrote to President Akufo-Addo read:

“Messaging u was not cool. I will not message u again nor contact you again anyway, I am an ordinary person and must keep friendships with ordinary people so I avoid unnecessary surprises”.

The President allegedly replied: “Evelyn yes my security team advised I distant myself from you they were also interested in your devices however I didn’t order the attack. Am calling you…”

“When you called me the morning of Friday, November 1st in response to my text message, you could not answer to why your security head will tell me his female friend that I am under their radial and constant watch since July. Also, your only excuse for Hopeson taking {sic} a key card to enter my hotel room 36 mins after my staged robbery is because he said he was looking for me, well he didn’t know that I had been robbed, did he contact me by phone? Did he forget to tell me he had…in my room?, he clearly to …in the presence ”

The President in subsequent messages denied knowledge of the alleged robbery against her.

The matter has been trending on social media for the past 24 hours.