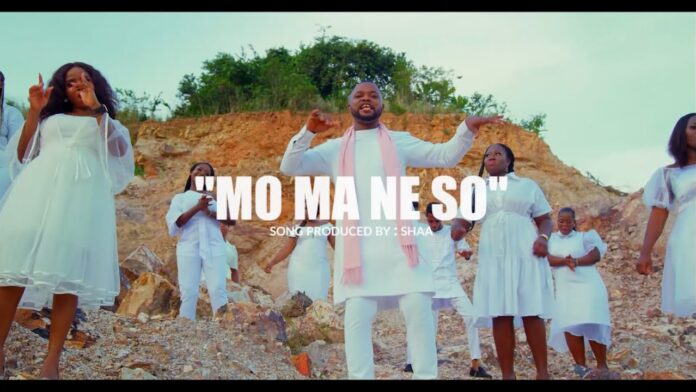 The song translated to English means ‘Lift Him Up’ and according to the singer is a gesture of adoration to his maker.

On the sidelines of a press conference to release the song, Minister Oki Sekum told starrfm.com.gh that the song was meant for non-Christians as well to get the opportunity to praise God.

He said “let’s lift Him up, let’s adore God. Most of the time it’s like only Christians feel like they should adore God but there are people out there who also need Christ and when we all come together to lift up God, God himself will descend and grant us our heart desires.”

This is the singer’s first commercial single even though he has a lot of singles online.

As to why it took long for him to avail himself to the public, he explained that “I’ve been in the industry since 1997. As the bible said, with time everything will fall in place and now it is time for me to go out there for people to hear what I also have.”

“All I want to tell people out there is that we love them, we are one family and I pray they will all go online and listen to this song and help the gospel ministry to grow.”

He finally called on the media’s support for his career.