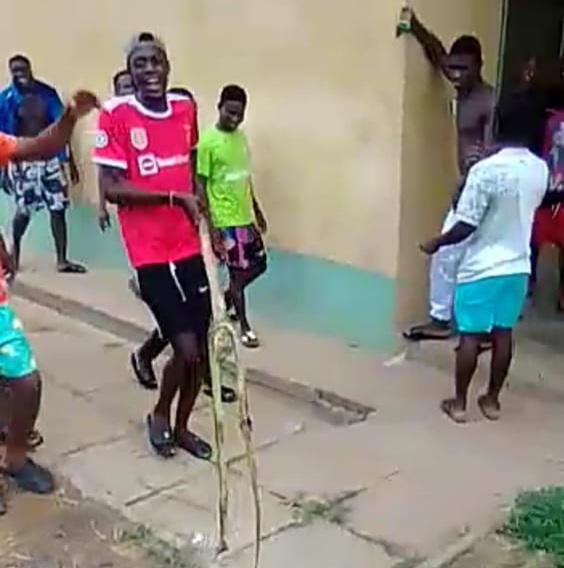 Barely three weeks after a student of the Assin Foso College of Education had his scrotum bitten by a snake while attending to nature’s call, another student has been fortunate to escape another snake bite while easing himself.

The student who was attending to nature’s call on Thursday May, 26 on an abandoned toilet facility on campus which is different from where the first incident occurred was lucky to have spotted the snake ealy and hurriedly escaped.

He raised armed following which some students mobilised themselves and killed the reptile.

Information gathered by Kasapa News Yaw Boagyan indicates that this is the third time a student has escaped a snake bite on abandoned toilet facilities on campus.

Snakes are reported to be hiding in overgrown weeds on campus.