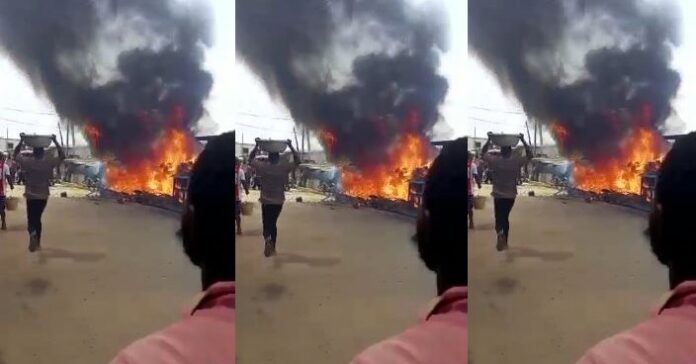 A 69-year-old woman, Comfort Arhin has been burnt to ashes while two persons are in critical condition in a fire incident at Apam in the Central Region.

Information revealed that two men were rolling a barrel containing Premix fuel towards the Apam Roundabout, and as they moved past a woman frying yam and fish, the hot fire from the coal pot ignited with the premix fuel causing a huge flame that burnt the woman to death in the process.

The two men transporting the fuel also got burnt and are in critical condition.

The residents joined forces in succeeding to quench the fire with buckets of water before the Fire Service eventually arrived. Some properties were destroyed in the process.

The body of the woman has been deposited at the Winneba Special and Trauma Hospital Mortuary, while the injured are receiving treatment.