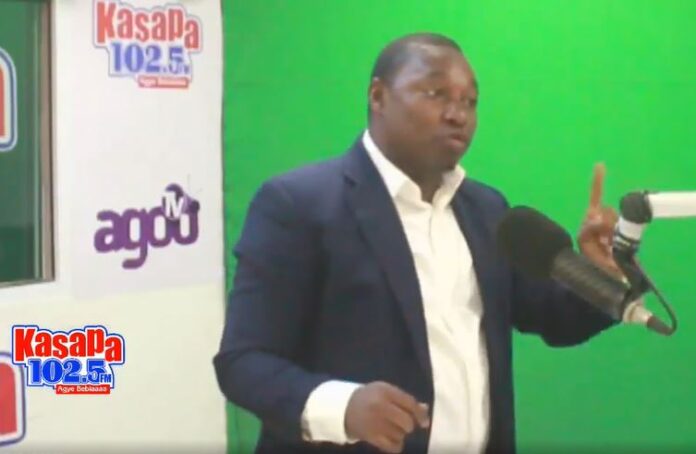 A member of the New Patriotic Party(NPP) Solomon Owusu has indicated his readiness to petition the party’s National Complaints Committee against the MP for Nsawam/Adoagyire, Frank Annor Dompreh for flouting party directives by endorsing Veep Bawumia as next Flagbearer.

The MP who’s also Majority Chief Whip during the Nsawam-Adoagyire Constituency elections over the weekend, declared his support to Vice President Dr. Mahamudu Bawumia to lead the ruling party in the 2024 presidential election.

But his comments are in clear contravention of the code of conduct of party members in both presidential and parliamentary primaries ahead of the 2024 elections.

“The code of conduct has been formulated in accordance with Article 18 of the New Patriotic Party’s constitution, and it is applicable to party supporters and actors including government Appointees; Ministers; Members of Governing Boards/Councils; Chief Executive Officers of Governmental Institutions; Members of Parliament; Metropolitan. Municipal and District Chief Executives; Aspirants/Potential Candidates; their Supporters and all other Members of the Party,” a statement issued by John Boadu, the party’s General Secretary, in July 2021 noted.

“The code of conduct is applicable during the period preceding the opening of nominations for prospective candidates to contest for the party’s presidential and parliamentary elections,” it added.

Reacting to Hon. Annor Dompreh’s comments on Kasapa FM/Agoo TV Wednesday, Mr Solomon Owusu stated that the Majority Chief Whip is not bigger than the party, hence he should be dealt with accordingly to serve as a deterrent to others.

“From here, I’m going to petition the party’s committee headed by Lawyer Frank Davies to act on this matter. I will officially draw the Committee’s attention to this development. The Nsawam-Adoagyire MP has been lawless following because he has flouted the party’s code of conduct and he must be called to order immediately. If we are serious as a party, that man should not be there. If you’re a Chief Whip in Parliament, you whip your members in line, but this man failed his very first test when we had some of our MPs voting for an opposition candidate to be the current Speaker of Parliament. Again I heard him lamenting on the radio, that he’s unable to reach his fellow MP for Dome-Kwabenya, Adwoa Safo who’s absence in Parliament has caused problems for the party in Parliament. So, it’s clear he’s not competent for the position the party has given him in Parliament.”