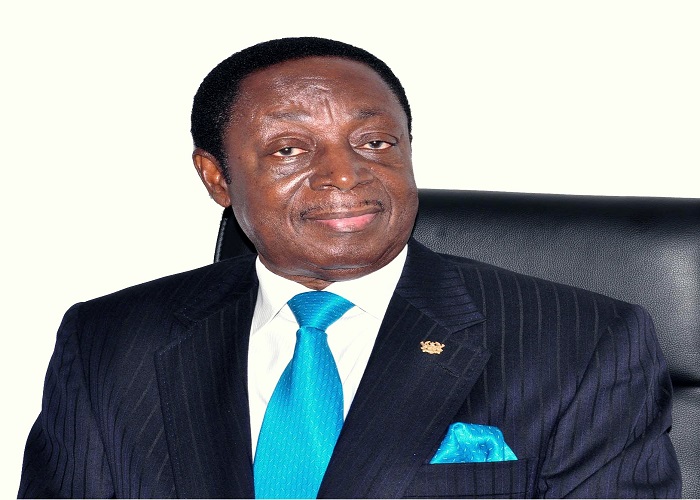 Currently, the National Democratic Congress(NDC) badly needs a leadership that can rescue the party “from the depth of chronic indiscipline, disorder, and decadence that is destroying it.

There seems to be a failed attempt by the camp of former President Mahama who are not been politically calculative to get the various regions to give Former President Mahama another chance to lead the party for the 4th time as a Flagbearer. Like 2012 when he went Unopposed/ Popular acclamation enable him to prolong his stay as the leader of the party.

This I see as very suicidal and has generated controversy. Those who are likely to support that move and give him that voice sees it as a very dangerous move in the party.

Meanwhile, JDM has not yet announced his intentions publicly, but his only contender Dr. Kwabena Duffuor is in the race as a brilliant reformer and is an Authority in
Fiscal Currency Stablization (FCS). Currently, Ghana’s economy is currently walking on crutches as we pile up debts and debt servicing ‘wahala’.

The prices of food items have gone through the roof and hunger has become the staple food of many Ghanaians. Poverty now walks on four legs with an accompanying crime, a spiral constant companion that has threatened to become a permanent feature of our urban and rural life. But there’s hope. Dr. Kwabena Duffuor will not back off for anybody?

These are mere-outbursts-of-power-thirsty-politicians in the NDC who are now studying a book called Popular Acclamation. Are the hands of those demanding acclamation clean?
We are finding someone like Dr Duffuor to unite the NDC and reduce rancor,” providing the foundation for acclamation will deepen the already existing crisis in the party. And is a calculated attempt by some faceless individuals to damage the fortunes of the party.

Trailing the moves for an acclamation candidate indicates that the NDC is heading for a contentious presidential primary election that may undermine the party’s chances in the general elections for 2024 if not well managed. Currently, Ghana needs a leader with good character to lead the country on the path of righteousness. “Creating an enabling environment but it seems the terrain appears uncertain for JDM with the party embroiled in a leadership crisis that is becoming difficult to resolve. The former Vice President/President JDM has renewed his visibility in the public space in recent times. Given the mood of the nation, some analysts are of the view that his quest for the party’s 2024 presidential ticket may not be as rewarding as was the case in 2012 if he tries.

So far, his body language politics may have given an indication of interest in the race. Dr Duffuor has indicated that he’s in and has the criteria as one of the world’s economic and social-political leaders to address the present situation. Competence, capability, credibility, acceptability both locally and internationally, and experience in administration, management of economy and politics, are the attributes seen in Dr Kwabena Duffuor. He has been able to maintain a relatively baggage-free outlook in his political career so far. His conciliatory approach to politics has continued to endear him to many stakeholders in the opposition party and beyond.

He’s widely perceived to be temperate and level-headed, individual. His colleagues in the NDC see him as a team player, his contribution to the relative stability in the NDC may count for him when the chips are down. He’s credited with a sense of balance between his ambition and the common good of his party. He is widely acknowledged by the various contending groups and interests in the party for his stabilizing role in the ongoing efforts at resolving the constituency and grassroot problems. “Ghana needs a leader with good character to lead the country on the path of righteousness.

“Creating an enabling environment for investment to flow would lead to the creation of business opportunities, projects, programmes. The way forward in addressing the menace is for Ghanaians to elect an enlightened, visionary, and competent leader. Indira Gandhi said that “I suppose that leadership at one time meant muscles, but today it means getting along with people. Currently the NDC is virtually becoming a party of “everything goes”. There is no moral parameter of eligibility for NDC membership. So long as you can help in winning elections in your area, just walk through the door and come to the umbrella. You are welcome. Things must change immediately!

The day the opposition NDC tones down desperation and puts away deceptive calculations to build a nationally relevant political platform, we will become far more competitive.
Our elders say that; to count your teeth with your tongue does not mean you are losing any. It means you should watch your steps and reflect on what may have happened and is happening. It’s time for Ghanaians to sit up and tell those called Mr Know all in the NDC to stop these acts of unsustainable self-destruction. The ear that won’t hear, when the head is cut off, it goes as well. Destroying very senior party members just for the purpose of someone’s presidential ambition.

For the records, any political party that is irrelevant to the Minorities will never win the presidency. Those who have ears let them hear. The opposition NDC has been desperate to snatch power from the NPP but unless they get a new flagbearer with a new dimension in Ghana politics, the average man has a say in Ghana.

We all have to avoid barking too much but start biting. This present darkness was gradually eating up the heart of Ghana and must be brought to an end. Gradually we are getting there. To turn on the light in those dark parts of our brains, we should start by becoming all-embracing, responsive, and most importantly have to rise above ethnocentric mentality in Ghanaian political arena.

These attitudes of pull him down in the NDC have not produced desired results and may never do so because we are our own enemies.

Ideal democracy is always a game of majority rule and minority rights. Anything short of that is a scam. It is bound to end in tears, sorrow and blood for someone.

Moreover, the NDC needs to realize that for the NDC to fly a John /Nana ticket in 2024 is to effectively confine them to the political dustbin. By fielding the duo, it has impacted on its electoral fortunes. JDM should be wary of praise singers and bootlickers surrounding him and also deceiving him. I shall be back.