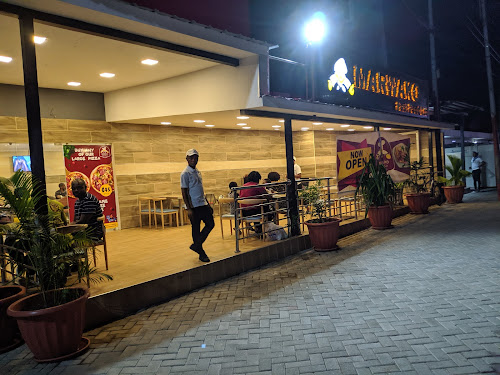 The Food and Drugs Authority(FDA) has closed down the East Legon branch of Marwako, a fast food eatery in Accra following complaints of suspected food poisoning.

“We have closed down the restaurant and together with other relevant agencies, started investigations. We wish to assure the public that the issue would be thoroughly investigated and appropriate actions taken.

“Additionally, FDA is ensuring the strict implementation of it protocols to prevent any further harm to the public,” a statement by the FDA said.

The fast food service has been accused by several customers on Twitter who complained of getting food poisoning after eating there during the weekend.

Many have since been hospitalised while the public called for the Food and Drugs Authority to take action against the company.

Some affected customers have hinted at filing a class action suit against the fast food service.

Meanwhile, Marwako fast foods has reacted to the incident saying it is investigating the cause of the food poisoning at the East Legon branch.

“We’re still investigating to be able to know the cause of this. This is the first time over the 20 years that Marwako has worked, that I think that it’s really unfortunate and we want to apologize to our loyal and committed customers; there are those of them who ate and were not affected, those who were affected we want to apologize sincerely and then we hope this is a clarion call that is going to help the company to be able to position itself to make sure that the right things are done,” Mohammed Amin Lamptey is PRO for Marwako said in an interview with GHOne TV.

Be mindful of expiry dates of products – FDA warns