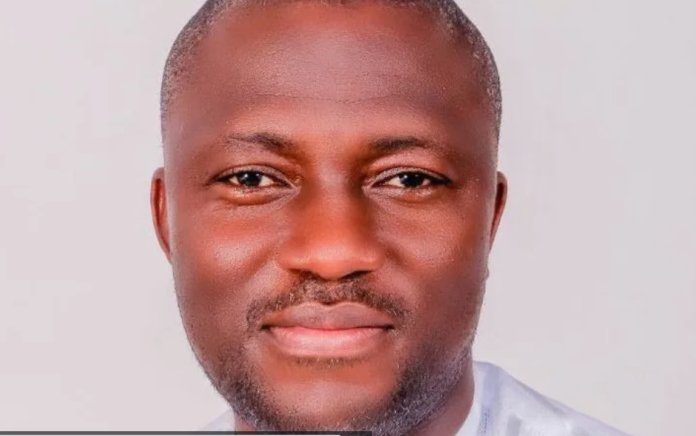 Stephen Ntim has appointed Mohammed Adjei Sowah, former Mayor of Accra Metropolitan Assembly as Manager of his Campaign for the National Chairmanship position of the New Patriotic Party.

Ntim on Monday 30 May 2022, commenced a nationwide tour to meet with party delegates. According to a statement issued by his campaign office, Ntim’s tour is dubbed “Time Aso to Break The 8 Campaign”, and it is scheduled to kick-start with a visit to the Western North, Western and Central Regions.

“My resolve to always avail myself to be elected as the National Chairman of the party emanates from my belief that the fast movement of our development and success as a country requires an NPP government and an overwhelming parliamentary majority,” the Statement read.

“My Campaign will focus on strengthening the party, creating equitable opportunities for all members and rewarding loyalty and hard work” the statement further read.

“My prayer is that you, our cherished delegates, will find favour in my loyalty to our great party and demonstrable leadership qualities required to break the 8 and elect me as your next National Chairman,” Ntim’s statement ended.

Honorable Adjei Sowah is social entrepreneur by vocation and expert in local economic development. He is a transformational and progressive leader who has led state and non-state agencies through challenging times to a steady path. He has 23 years’ experience in project management and urban development with specific areas of accomplishment in sanitation/waste management, climate change, urban mobility, local economic development and urban governance.

Prior to his appointment as Mayor, Adjei Sowah was the Founder and Chief Executive Officer of MAS Investments Ltd, Presently, Adjei Sowah is consulting for Complete Property Solutions and also serves as a key partner in IQS Capital Partners Ltd

Adjei Sowah holds MSc in Local Economic Development from the Kwame Nkrumah University of Science and Technology. He also holds MA in International Relations and Diplomacy from the Ghana Institute of Management and Public Administration (GIMPA). He has successfully completed a one-year professional program in “Bloomberg Harvard City Leadership Initiative” from the Harvard University. Prior to that, he pursued an undergraduate course at the University of Ghana where he successfully obtained BSc in Public Administration.

Adjei Sowah started his political journey from Odododiodioo as the leader of the Youth Wing in the late 90’s. He was engaged by the Greater Accra Regional Branch of the NPP as the Officer-In-Charge of capacity building and job placement. He later became the Odododiodioo Constituency Secretary in 2006 and moved on to become the Odododiodioo Candidate for the 2008 Parliamentary elections. Adjei Sowah advanced from the constituency and became a two-term Regional Secretary for the Greater Accra Regional Branch of the Party from 2009 to 2017. It is informative to note that he was a member of the National Council during his tenure as the Regional Secretary. Adjei Sowah’s strength in politics spans from political strategy to capacity building of activist and officers to accomplish task.

I will resolve all internal disputes of NPP – Ntim to delegates