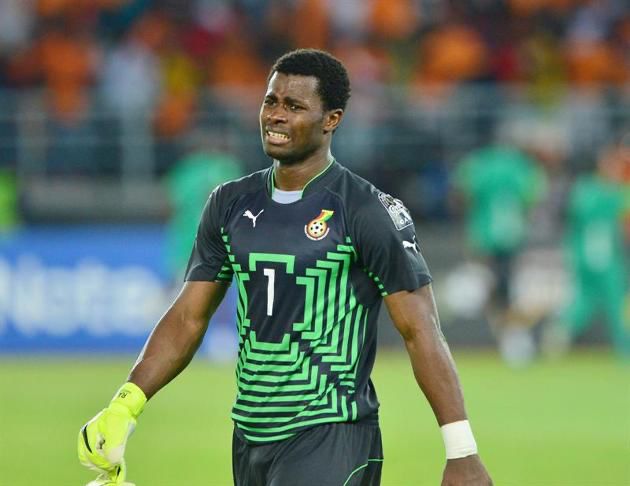 Ahead of Ghana’s encounter with Madagascar as the Black Stars open their AFCON 2023 qualifying campaign, Former Black Stars Number 1 Goalkeeper, Razak Brimah, has stirred a huge controversy that keeps buzzing around.

This follows a declaration by him that he is far better than current Black Stars Goalies Jojo Wallacott and Richard Ofori.

“With all due respect to my other goalkeepers they really know that if not discrimination within the GFA, by now I should be the number 1 shot stopper for the Black Stars because they all know I am hundred percent far better than them,” he stressed.

Razak Brimah speaking on Kasapa FM Sports Journalists, Alexander Anyankwaa’s Twitter Space on Friday said he can tell from his current form that he is way ahead of all Black Stars goalkeepers.

“Let’s be very honest to ourselves here when it comes to Black Stars, the right things are not done, many at times the authorities don’t do the right things and they always want a player to blunder so that they may use that to cut him off from the national team”.

He recounted and lamented how the GFA treated him when he broke his jaw which threatened his career.

“Even in 2017 I got injured during the Cup of Nations by broking my jaw but no FA member called to even check up on me and this is so unfair”.

34-year-old Razak Brimah’s recent biggest achievement was when he joined Segunda Division “B” side Linares Deportivo in 2019 on a one-year deal.

He helped the team to gain promotion in his debut campaign with 75 points, 27 more than their closest challengers CD El Ejido after 29 matches before the season was truncated due to the COVID 19 pandemic.

He was voted as the best goalkeeper after he conceded 13 goals in 25 appearances.

Touching on his offensive video during the 2015 AFCON he added that he knows deep down in the hearts of Ghanaians he has been forgiven for recording that explosive video.