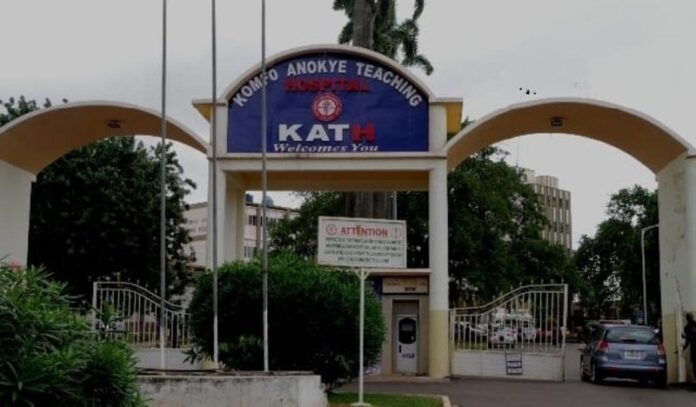 A High Court in Kumasi has dismissed an application filed by a former accounts officer seeking to reverse his dismissal by the Komfo Anokye Teaching Hospital (KATH) board for breach of the Hospital Code of Conduct.

The Presiding Judge, Justice Ali Baba ruled that the Governing Board’s decision to sack Awuni Akyireba was normal institutional practice as outlined in the Hospital’s Code of Conduct which regulates behavior of the staff.

He alleged that they diverted the funds to procure two luxurious vehicles.

The accountant was consequently sacked by the Governing Board of KATH for failing to appear before the Hospital’s Disciplinary Committee and peddling falsehood against Management, a claim Awuni Akyireba refuted.

Speaking to GHOne News the plaintiff said, “I never evaded being served. At the time they were seeking to serve me I was on leave. I was off duty the day they claimed they were looking for me. I never saw WhatsApp or Email service. I was only sprang with a surprise of an exhibit purporting to be a screenshot of a WhatsApp service. I never was served till date. So this is a blatant falsehood,”

The accountant, therefore, prayed to the Kumasi High Court seeking an order of judicial review in the nature of Certiorari to quash the decision of the Governing Board of the Hospital.

However, the Court quashed the case upon request of the defense of the counsel for Komfo Anokye Teaching Hospital Dr Kwame Adofo.

Justice Ali Baba’s delivering his verdict ruled among others, that the rule of natural justice has not been violated, describing the suit as ‘unmeritorious’ to meet the request of the plaintiff.

The judge said, “Even though I cannot find anything on the letter inviting the applicant to appear before the Disciplinary Committee on 30 November 2021 at the A&E Boardroom of KATH at 2:00pm, to answer questions on various offences, including false allegations made against the Management of the Hospital, to put the Management of the Hospital in a bad light on a live radio programme on Akoma FM on 17 August, 2021, there is evidence that suggests that the said letter was received and in fact sent to the applicant through postal service’’.

The plaintiff who was uncomfortable with the court verdict disclosed his intention to appeal the decision from the court.

“So we are looking at our options again. This has not yet ended. Let me send a signal to the Hospital and even to the Court that I am firm on my issues and I know very well that justice has not been served on this matter and that I will fight till I get justice served,” he said.