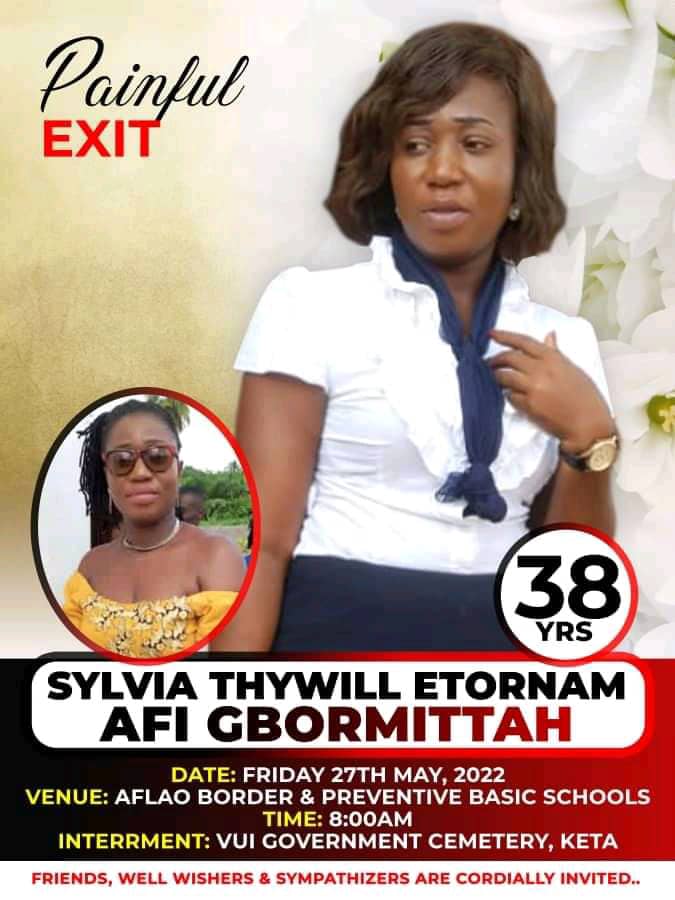 What appears to be a fatal accident in the minds of the Ketu Divisional Command of the Ghana Police Service at Tokor has been challenged by the family and friends who believed the death of Madam Sylvia Gbomittah; a teacher at Border Preventive at Aflao may be premeditated murder.

This came following a petition to the Inspector-General of the Ghana Police, and copied the Director-General, CID all in Accra Headquarters to reopen investigations into what the family claims were a calculated homicide.

On the evening of April 8, 2022, the Ketu Divisional MTTD was reported to have conveyed dismembered remains of Sylvia Gbomittah to the Ketu South Municipal Hospital. In the police report, the police alleged the death was caused by an accident which was rejected by observers who watched closely the remains of the deceased.

Colleagues and teachers who spoke to gbcghanaonline.com on condition of anonymity were shocked to learn that as of the time of filing this report the homicide Unit of the Police has not visited the place where the dismembered body was seen and collected by MTTD. 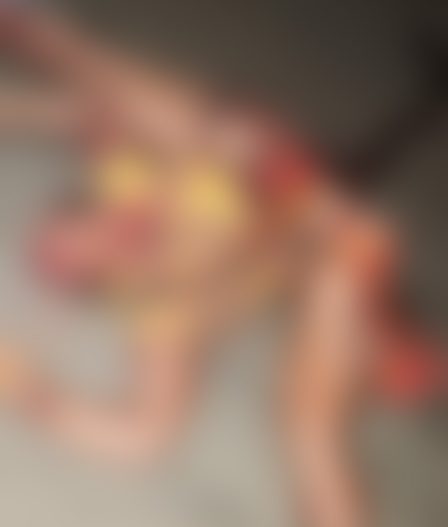 Some sections of the public who visited the crime scene observed that the blood spilled on the scene where the body was collected does not seem to match the impact of damage on the body of the deceased.

The father of the deceased, Raymond A. Y Gbormittah noted that “that information available to me shows that the incident leading to the death of my late daughter Sylvia Gbormittah CAN NOT be an accident as being put out by the local Police Unit but a clear case of premeditated action leading to her death”.

The petition feather prayed the IGP to instruct the Homicide Unit to open investigations into the death of his daughter Sylvia Gbormittah.

Below is the full petition sent to the Inspector General of The Police;

PETITION REQUESTING THE POLICE SERVICE TO RE-OPEN INVESTIGATIONS INTO THE DEATH OF TEACHER SYLVIA GBORMITTAH, MY DAUGHTER.

1. That I write to make this special request of your high office to re-open an investigation into the suspected murder of a female teacher by the name Sylvia Gbormittah in the Denu area who was my daughter.

2. That information available to me shows that the incident leading to the death of my late daughter Sylvia Gbormittah CAN NOT be an accident as being put out by the local Police unit but a clear case of premeditated action leading to her death.

3. That I am completely surprised to know that a serious issue as that till today did not attract the Homicide Unit of the Police Service to the scene. In fact, the homicide investigators are yet to visit the scene where my daughter’s dismembered body was found.

4. That looking at the body of my late daughter and observing a few background pictures where the body was collected by the police and a certain unrelated accident scene, I am of the strong belief that a thorough investigation will unearth the circumstances under which Sylvia Gbormittah, my daughter got killed.

5. That I pray your office instructs your homicide unit to open investigations into the death of Sylvia Gbormittah.

6. That I humbly attach some pictures of the dismembered body of my late daughter, Sylvia Gbormittah for your perusal.

7. This is a cry of a father. A parent has a right to know what killed his or her child. Thanks.

RAYMOND A. Y GBORMITTAH, (FATHER OF THE DECEASED).

Nkawkaw: Many passengers in critical condition after head-on collision involving bus and truck