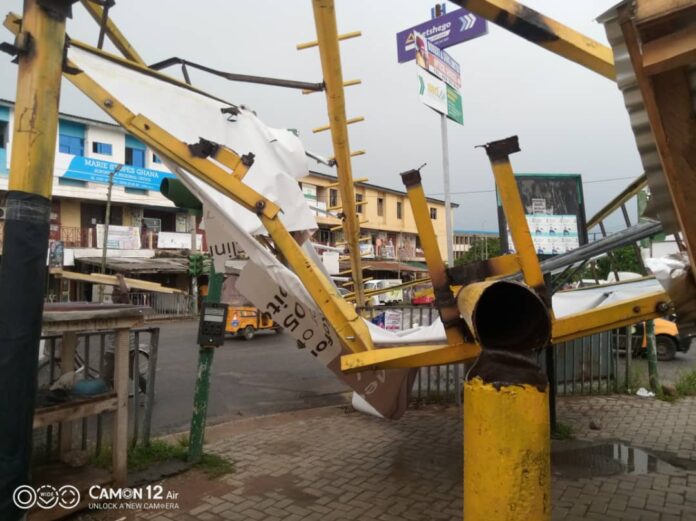 A motor rider is in critical condition at the Eastern Regional Hospital in Koforidua after a huge billboard collapsed and crashed him during a rainstorm on Tuesday.

The motor rider was crashed while on his motorbike. He suffered fatal injury and was rushed to the hospital where he was admitted at the emergency room.

The victim, also a motor repairer has been identified only by his nickname “Owner”.

The collapsed billboard advertising Rabito Clinic was erected a few months ago at the Regional Hospital Traffic light but pedestrians continued to question its structural integrity.

The New Juaben South Municipality is inundated by many illegally erected billboards some of which are near collapsing posing danger to pedestrians.

Nkawkaw: Many passengers in critical condition after head-on collision involving bus and truck