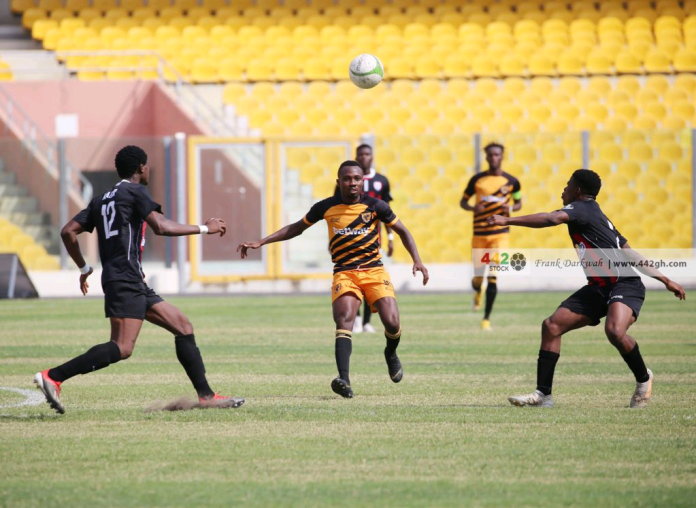 The decision takes effect from the 2022/23 league season.

Both clubs were accused of fixing their match last season which Ashgold won 7-0.

During that game, an Inter Allies defender Hashim Musah who came off from the bench intentionally scored two own goals to thwart the alleged match-fixing plan.

He asked his team to commend him for foiling an agreed scoreline of 5-1 in favour of Ashgold.

Hashim Musah in subsequent media interviews confessed that his action was deliberate in a bid to spoil the pre-arranged result for betting reasons.

This confession led the Ghana Football Association to commission investigations into the allegation. The Ghana Police Service handled the aspect of the criminal investigation while the sporting aspect of it was conducted by the GFA’s Disciplinary Committee.

The GFA delivered the verdict after listening to evidence from officials and players of both teams.

Click the link for the full decision of the GFA Disciplinary Committee.