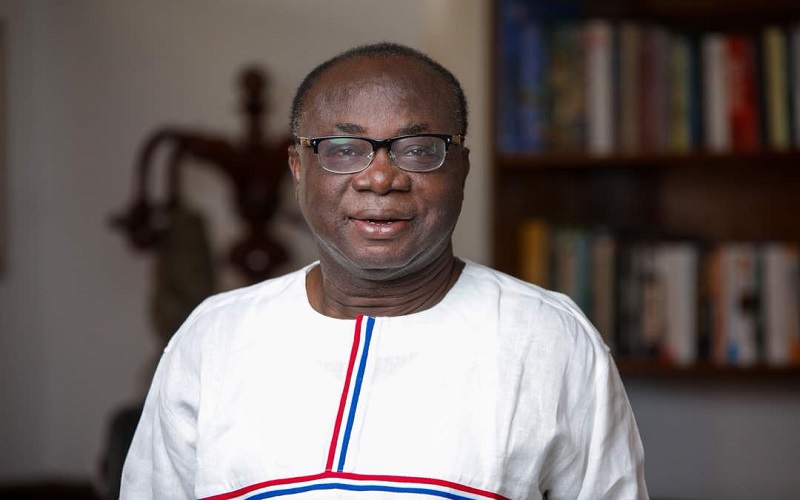 Recently, Ghanaian took to social media to express their outrage after a purported will of Sir John emerged with portions of the Achimota forest lands allegedly belonging to him.

This was concurrent with the government’s decision to declassify some five parcels of Achimota land for developmental purposes.

Sir John also disclosed in the alleged will that he also owned land at the Ramsar area in Sakumono in Accra.

But the National Chairman of the governing New Patriotic Party (NPP), Freddie Blay, wants Ghanaians to cut the former Chief Executive Officer (CEO) of the Forestry Commission, Kwadwo Owusu Afriyie, some slack over the purported will.

Freddie Blay deems it extremely unfair for anyone to assume the “industrious” Sir John amassed wealth and acquired assets because he was in political office.

“People have misconstrued and exaggerated it. I have known Sir John, he is my contemporary. He is a lawyer, worked at several places and owned some businesses. I don’t know how he acquired his assets, but I will not be in a hurry to say that he obtained everything within two years. So we shouldn’t use this to judge Sir John”, he emphasised.

Freddie Blay was speaking to Angel News’ Nana Fynn on the sidelines of the Western Regional NPP delegates conference at Ampain in the Ellembelle District.

While stressing that his one-time political fellow will not abuse power as head of the Forestry Commission to obtain land for himself, the National Chairman urged the public to exercise some restraint and allow for thorough investigations before making any conclusions.

The NPP Chairman insists it will also be hasty to rope the larger NPP group into the development and cast corruption-related aspersions against its members.

“Lets see what we can do. Fortunately it has come out. It is part of our drive to fight corruption. If indeed he acquired them illegally, why not? Let the axe fall on him. But on the other hand, don’t make it look as if this is the mantra of the NPP in corruption. No. It is not so.”