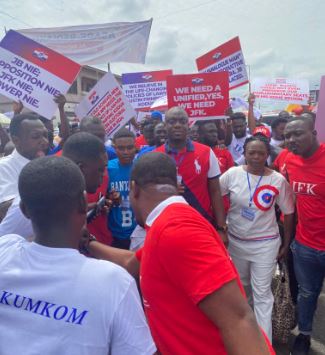 The Chief Executive Officer of the Youth Employment Agency (YEA), Lawyer Justin Frimpong Kodua (JFK), joining the Ashanti Regional New Patriotic Party (NPP) at the Baba Yara Sports Stadium on Saturday, May 28, 2022, attracted a huge crowd of well-wishers and supporters in the Ashanti Region, which almost caused a stampede.

The crowd was heard chanting, “Okumkom, the grassroots mobilizer, you are ordained to lead the NPP to break the 8.”

Justin Frimpong Kodua, who goes by the pet name, “Okumkom,” is the main contender for the position of the General Secretary of the New Patriotic Party (NPP) come 16th July, 2022, barring any unforseen circumstances.

Over the years, the Ashanti Region has been the citadel of the New Patriotic Party, contributing overwhelmingly to the party’s electoral successes in the 2000, 2004, 2016, and the 2020 General Elections in the country. 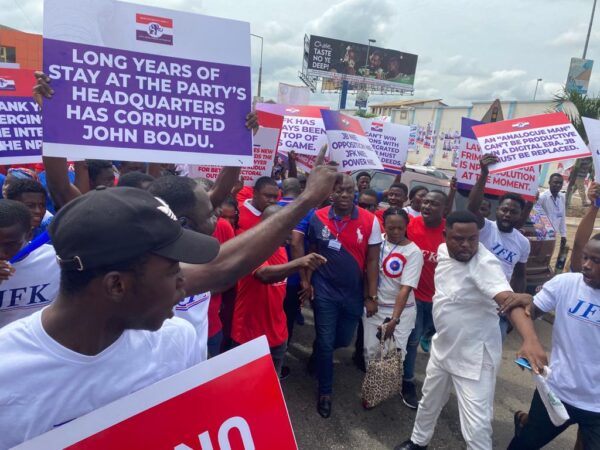 In point of fact, the Ashanti Region decides, to a larger extent, whoever takes up any national executive position of the New Patriotic Party.

The elated scenes of party delegates over the arrival of Justin Frimpong Kodua at the Baba Yara Sports Stadium on 28th May 2022, during the elections of Regional Executives of the Ashanti Regional New Patriotic Party, was a true indicator of a glorious victory for him in the General Secretary race if the party’s history in the region is anything to rely on. 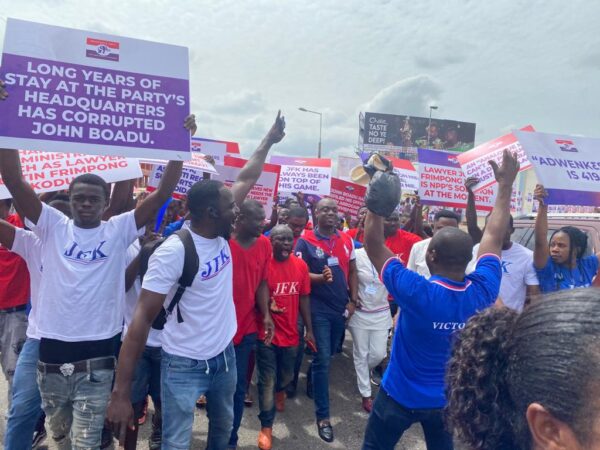 It would be recalled that from 2010 to 2014, JFK was the Deputy Ashanti Regional Youth Organiser who served the party with diligence.

From the year 2014 to the year 2017, he was elected the substantive Regional Organizer of the party in the Ashanti Region. Years after his tenure, Justin Kodua still maintains a good record for his hard works and impressive achievements.

He has been a member of the Ashanti Regional Campaign Team since 2008. He was also a member of the team responsible for collating the regional electoral results for the NPP.

Considering the unspeakable contributions of JFK to the party at the Asokwa constituency and the regional levels, the delegates from the Ashanti Region find him apt for the job of the General Secretary of the party. Related to the distinguished attributes of JFK is his unique ability to energize the grassroots.

It is indisputable to state that the party needs a leader who can inspire and resuscitate the base of the party, manage apathy among aggrieved party faithful as well as manage public perception about the government.

JFK represents the highest hope for the party’s base.