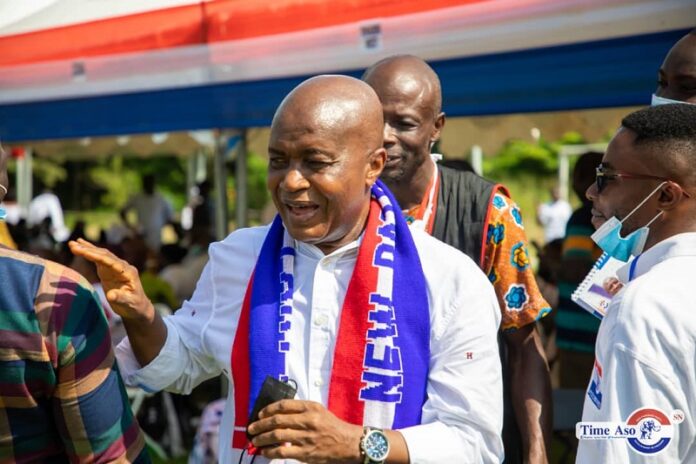 According to him, per the signals he’s picked from the grounds (talking to delegates), Mr. Ntim who’s a former National First Vice Chairman of the NPP is in a pole position to emerge as the Chairman to lead the party into the 2024 general elections.

“Stephen Ntim perhaps is the longest campaigner for the role of National Chairmanship in the history of the Fourth Republic. He has been campaigning for National Chairman since Peter Mac Manu won it. That’s a very long time, as soon as Haruna Esseku was over Stephen Ntim started his campaign and he was First Vice Chairman for that purpose. Paul Adom Otchere said while making an analysis on his show on Thursday.

“…For now, Stephen Ntim looks like he’s in pole position to take the chairmanship that he has been looking for, for a long time. Those who are arguing against him are saying he belongs to the old school. Break the eight is about the new vision and all of that and he represents the old school and so let’s find a new person. But can the NPP find a new person” quizzed? while making an analysis on his show on Thursday.

Mr Stephen Ntim was born on 18 July 1958, to Mr. Augustine Ayesu Ntim of Nsuta-Appiakrom, Ashanti Region, and Madam Kate Asamoah from the Bono Region town of Wamfie, in the Dormaa East District. He was one of the key architects behind the victory of former President Kufuor in 2000. He contested for and became the National First Vice Chairman in 2001 at the young age of 43 years.